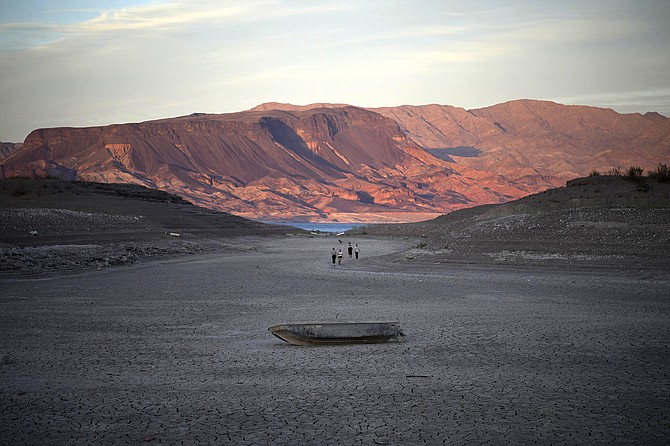 A formerly sunken boat sits on cracked earth hundreds of feet from what is now the shoreline on Lake Mead at the Lake Mead National Recreation Area, Monday, May 9, 2022, near Boulder City, Nev. Lake Mead is receding and Sin City is awash with mob lore after a second set of human remains emerged within a week from the depths of the drought-stricken Colorado River reservoir just a short drive from the Las Vegas Strip. (AP Photo/John Locher)