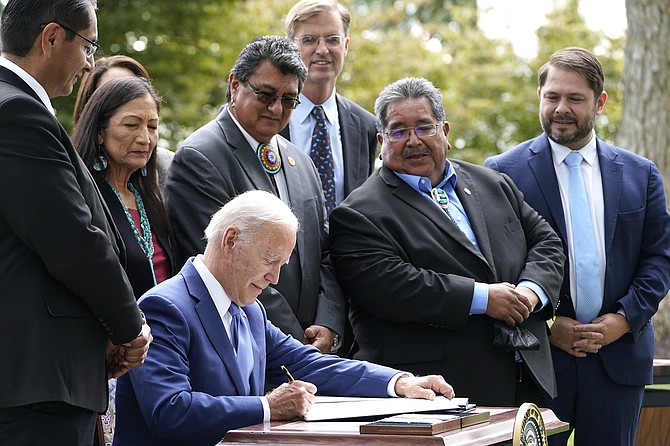 President Joe Biden signs proclamations on the North Lawn at the White House in Washington, Oct. 8, during an event announcing that his administration is restoring protections for two sprawling national monuments in Utah that have been at the center of a long-running public lands dispute, and a separate marine conservation area in New England that recently has been used for commercial fishing. (AP photo/Susan Walsh)

"This may be the easiest thing I've ever done so far as president — I mean it,'' a smiling Biden said at a White House ceremony attended by Democratic lawmakers, tribal leaders and environmentalists.