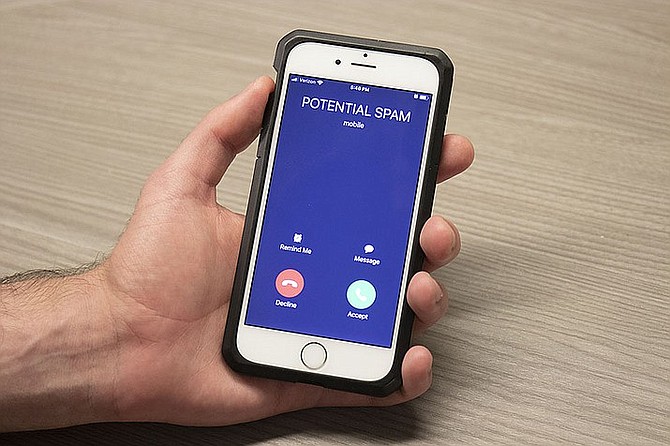 New FCC regulations may have led to a reduction in robocalls, which fell from 87.6 million in Arizona in June to 84.2 million in July. But analysts say phone companies can, and should, do more to cut the number of spam calls. (Genesis Sandoval/Cronkite News)

Robocalls dip as FCC rules kick in; advocates say more should be done

WASHINGTON – Robocalls to Arizonans dropped by more than 3 million in July, to about 84.4 million for the month, as the first phase of a new federal mandate took effect that requires phone companies to implement anti-robocall measures.