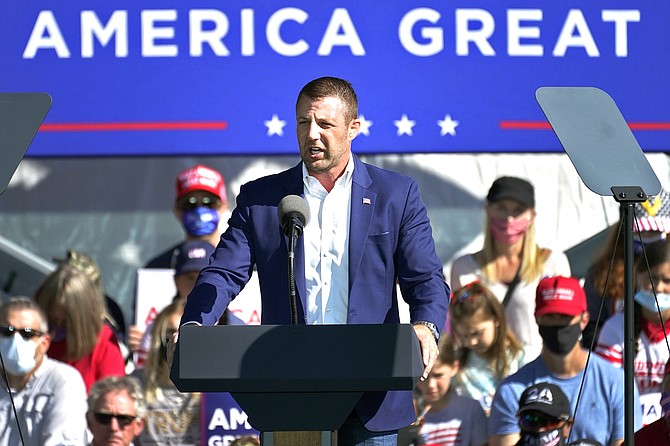 U.S. Rep. Markwayne Mullin, R-Okla., speaks at a campaign rally, Friday, Oct. 30, 2020, in Flagstaff, Ariz. Until recently, Congress hasn't had many Native American members but hope is growing as the Native delegation in the U.S. House increased by two on Election Day along with four Native Americans who won reelection including Mullin who is Cherokee.(AP Photo/Matt York)

Indigenous candidates' wins in Congress give hope for change

Internet access, health care and basic necessities like running water and electricity within Indigenous communities have long been at the center of congressional debates.