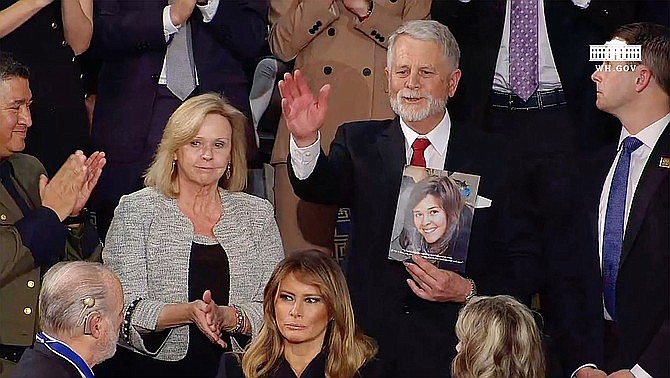 Marsha and Carl Mueller of Prescott, Ariz., parents of Kayla Mueller, a humanitarian aid worker who was killed in 2015 by ISIS, attend President Donald Trump's State of the Union speech Tuesday, Feb. 4, 2020. Carl is holding a photograph of Kayla. (Screen shot from the White House video of the speech)

Prescott’s Kayla Mueller, her parents honored by President Trump in State of the Union

Kayla Mueller of Prescott was honored by President Donald Trump during his annual State of the Union address on Tuesday night, Feb. 4.

By Tim Wiederaenders, Special to the Williams-Grand Canyon News February 5, 2020