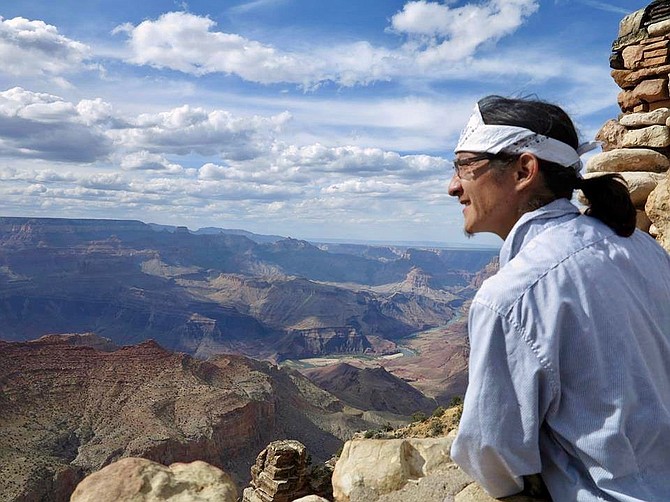 Ed Kabotie looks over the rim of the Grand Canyon. Kabotie is putting on an event called Rumble on the Rim, which will raise awareness of the plight of the indigenous people of the Colorado Plateau. (Photo courtesy of Sarah Weatherby)

Native Americans from five tribes come together to discuss Grand Canyon's indigenous history
Many tribes, one voice: "We are still here."

Grand Canyon was declared a national park in 1919, but indigenous peoples have called the area home for much longer.