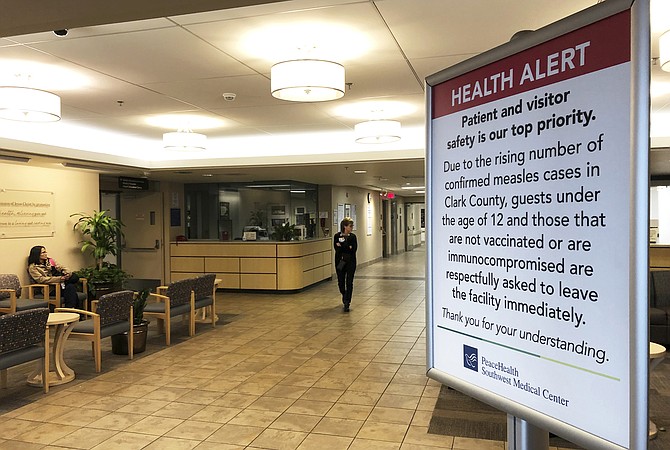 A sign prohibiting all children under 12 and unvaccinated adults stands at the entrance to PeaceHealth Southwest Medical Center in Vancouver, Washington following a measles outbreak that has sickened more than 40 people in the Pacific Northwest. The outbreak has prompted a call to eliminate a "philosophical" vaccine exemption that's resulted in 4 percent of children in Washington state to attend school without their routine childhood shots. (AP Photo/Gillian Flaccus, File)