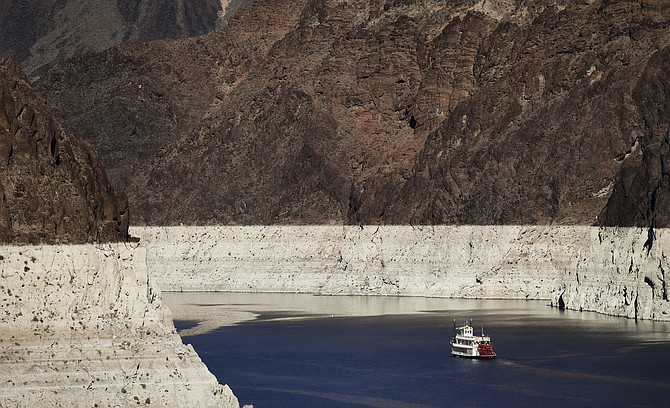 In this Oct. 14, 2015, file photo, a riverboat glides through Lake Mead on the Colorado River at Hoover Dam near Boulder City, Nev. For the seven states that rely on the Colorado River that carries snowmelt from the Rocky Mountains to the Gulf of California, that means a future with increasingly less water for farms and cities although climate scientists say it's hard to predict how much less. The U.S. Bureau of Reclamation released its projections for next year's supply from Lake Mead, which feeds Nevada, Arizona and California. (AP Photo/Jae C. Hong, File)

ALBUQUERQUE, N.M. (AP) — Arizona and Nevada will face their first-ever cuts in Colorado River water next year, but the changes aren't expected to be overly burdensome for either state.