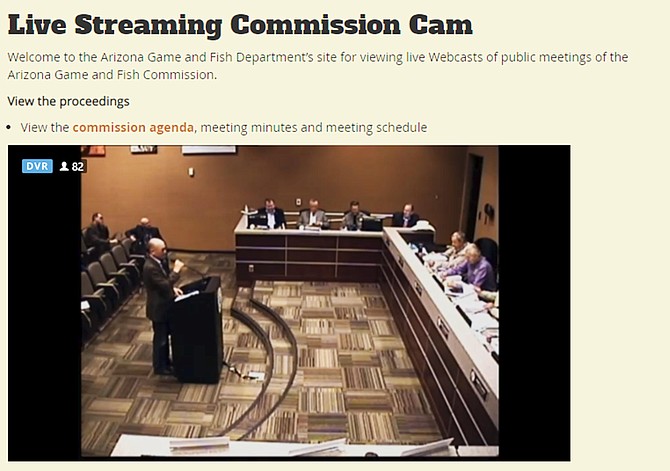 Arizona Game and Fish Commissioners hear from members of the public during an April 12 commission meeting in Phoenix. The commission is considering a proposed rule to ban predator hunting contests in the state. (Screenshot/azgfd.com)

On April 12, Arizona Game and Fish commissioners heard the first of what could be many public comments on a proposed rulemaking to prohibit coyote killing contests in Arizona.