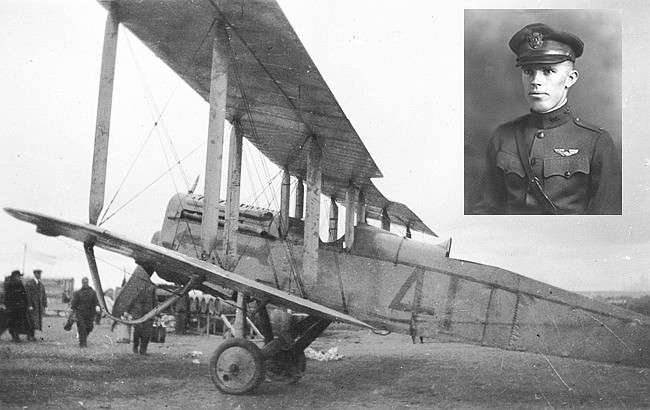 Lieutenant Alexander Pearson flew a de Havilland DH-4 plane for survey flights at the Grand Canyon in 1921. Pearson used the Williams airfield as his base. (National Park Service)