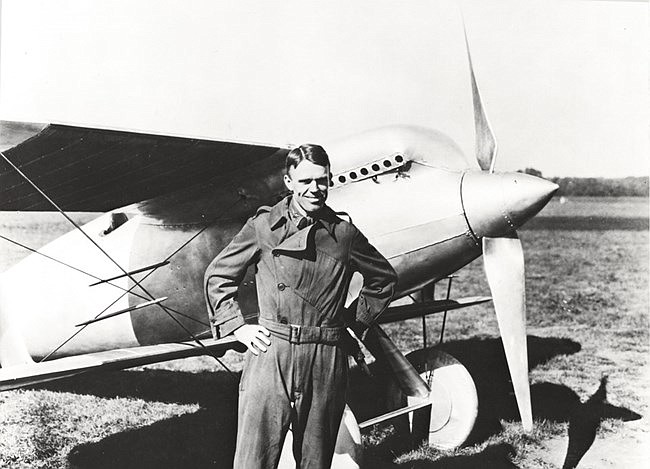 Alexander Pearson was killed flying this Curtiss R-8 Navy plane at the Pulitzer Race at Wilbur Wright Field in September 1924.