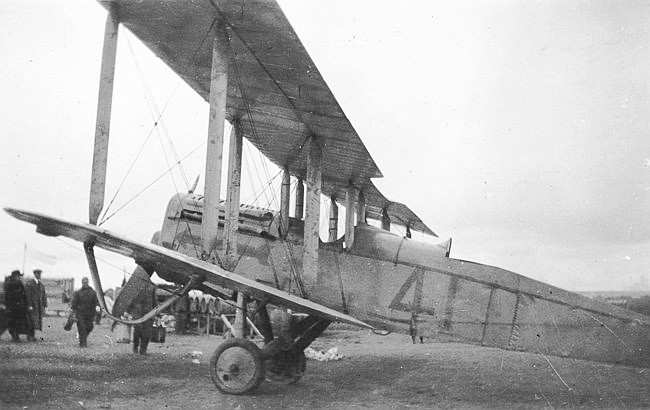 Pearson’s de Havilland DH-4 plane was used during his 1919 transcontinental race and for survey flights at the Grand Canyon. (National Park Service)