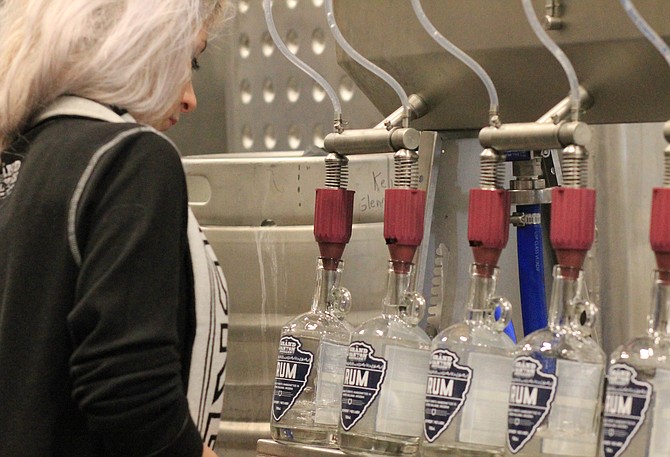 Ashtin Stewart fills the first bottles of rum at the new Grand Canyon Distillery in Williams. The distillery recently received its permits and has begun batches of vodka and rum at the facility.

Lovers of craft spirits have a reason to raise a toast — the owner of Grand Canyon Brewing Company has expanded his operation and opened a distillery to make artisanal liquors.