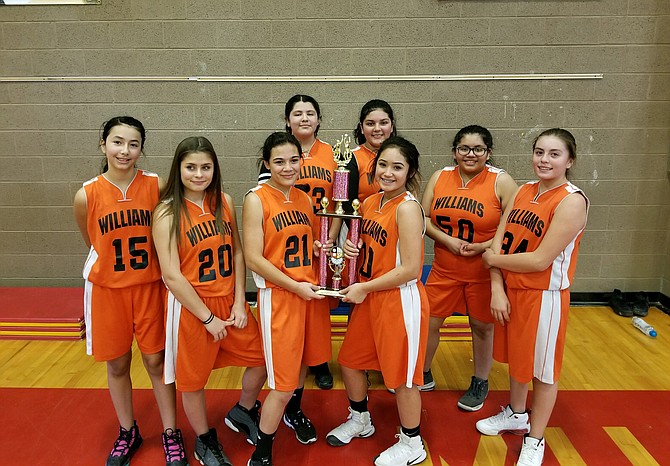 The Williams Falcons girls basketball teams played in the I-40 League end of the season tournaments Dec. 2 and Dec. 9.