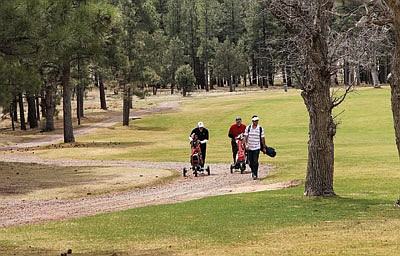 Above: Rick Shipley putts for par on the 16th green of Elephant Rocks Golf Course in Williams. Below: Members of the Men’s Club head to the next hole. Elephant Rocks opened its first nine holes on March 14 and the second nine on March 18. Ryan Williams/WGCN