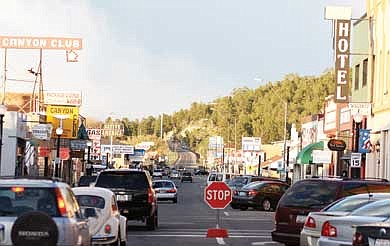 Editorial: Preserving Route 66 is a good investment for the future

A recently completed economic impact study shows that $132 million per year is spent in communities along historic Route 66. This information sheds new light on the importance of heritage tourism and historic preservation along Route 66 as a contributor to local, state, and national economies. Route 66, which runs from Chicago to Santa Monica and is known as the Mother Road, is America's most celebrated automobile highway, and a symbol of 20th-century American culture and history. The study was directed by professor David Listokin of the Edward J. Bloustein School of Planning and Public Policy at Rutgers, The State University of New Jersey, and was carried out between 2008 and 2011 in collaboration with the National Park Service Route 66 Corridor Preservation Program and World Monuments Fund, with the support of American Express.