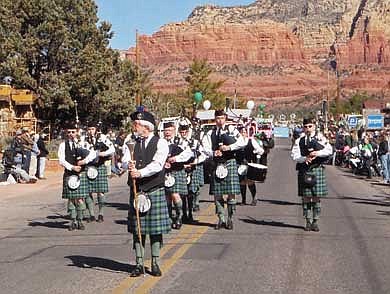 SEDONA, Ariz. - The Southwest Skye Pipe and Drum Band of Williams was recently awarded Best Musical Group in the 2012 Sedona St. Patrick's Day Parade. This is the fourth year in a row they have won an award and were excited that they beat the competing bagpipe band from Phoenix. They group meets weekly from 4-5:30 on Tuesdays and also holds a longer monthly practice session under the leadership of Pipe Major Michael Donelson.