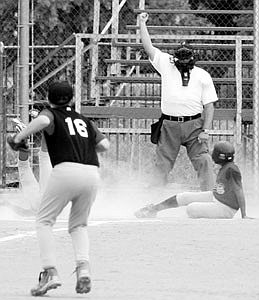 Despite the tumbles, a Williams Little League Wildcats player is called out at home plate at one of the June 7 WLL tournament games against the Williams Storm. The Storm came out champions overall with the Williams Scrappers as runners-up.