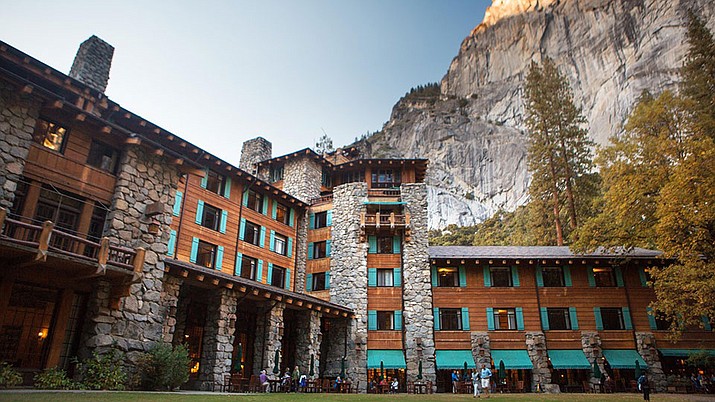 The historic Ahwahnee Hotel is currently undergoing a series of health and safety upgrades, including structural improvements designed to help it withstand earthquakes. (Photo/NPS)

YOSEMITE NATIONAL PARK, Calif. — Funded by the Great American Outdoors Act (GAOA), Yosemite National Park was recently awarded an approximately $31.6 million construction contract to upgrade the historic Ahwahnee Hotel. The project includes a major seismic upgrade throughout the historic hotel as well as a kitchen renovation. Kitchen project work is currently underway and work to upgrading the seismic safety will begin near the end of the year.

"The Ahwahnee is a crown jewel of national park lodges” said Cicely Muldoon, Yosemite National Park superintendent. “This much-needed work will ensure the Ahwahnee is seismically safe for present and future generations of Yosemite visitors.”

The seismic upgrade component of the project, funded by GAOA, includes significant upgrades to the Ahwahnee that involve bracing the chimneys and support walls, replacing window frames and dining room glass and Solarium as well as other infrastructure upgrades in high use visitor areas. Lastly, the project will include an updated HVAC system and safety improvements to the fireplaces located in the Great Lounge.

The Ahwahnee opened in 1927 at the urging of Stephen Mather, the first Director of the National Park Service. Mather envisioned a grand, rustic lodge to encourage visits to the park and promotion of the national park idea. The Ahwahnee was designed with large public spaces, such as the Great Lounge, to welcome all park visitors whether or not they were staying at the hotel. There are 97 guest rooms and 24 cottages at the Ahwahnee. Famous visitors to the hotel have included President John F Kennedy, Queen Elizabeth II and Prince Philip and President Barack Obama and his family.

In order to safely accomplish a complete kitchen renovation, the Ahwahnee will be closed for about eight weeks in early 2023. Yosemite Hospitality Inc., the park’s primary concessionaire, will not be accepting reservations during the closure period and there will be no visitor access to the Ahwahnee.