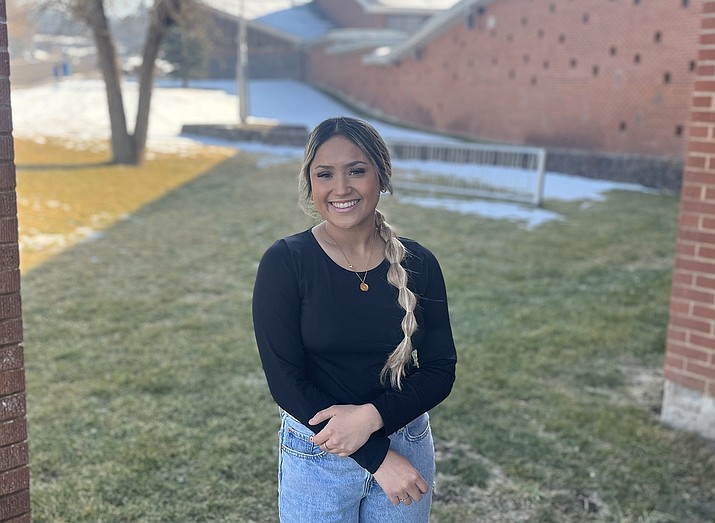 Makaela Mackay is a senior at Williams High School. She has been attending school in Williams since fifth grade. She moved to Williams from Lake Havasu City.

In high school, Makaela was involved in cheer and softball.

“It was so fun.” Makaela said.

“He’s here for you as a person and he’s super understanding when it comes to school and life.” said Makaela

“The season was super fun. The team and everything, when we’d go to competition, it was really exciting,” Makaela said.

In her down time, Makaela likes hanging out with her friends and family.

Outside of school, Makaela works at Bearizona.

After graduation, Makaela plans on going to cosmetology school for a year. After that, she wants to attend Coconino Community College for their nursing program. Later, she plans to transfer to Northern Arizona University to obtain her Bachelors of Science in nursing. She hopes to become a cosmetic nurse one day.