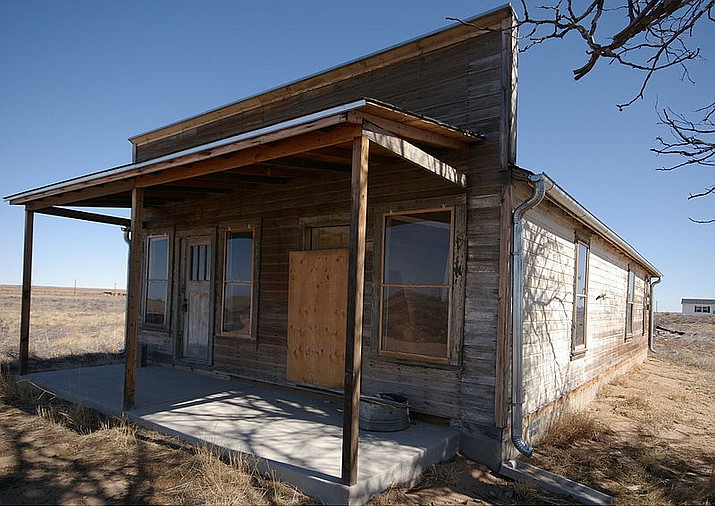 One of the few remaining buildings at the Dearfield Homestead National Historic Park. The site was once the largest African-American homesteading settlement in Colorado before being devastated by the Dust Bowl of the 1930s. (Photo/Creative Commons, Husvedt)

WASHINGTON D.C. — Colorado U.S. Senators Michael Bennet and John Hickenlooper introduced the Dearfield Study Act, legislation that would direct the Department of the Interior to conduct a special resource study of the Dearfield Homestead in Weld County to determine its suitability as a unit of the National Park system.

“Black history is American history. This bill is a crucial first step in recognizing and preserving the memory of Dearfield, Colorado and Black homesteading in the American West,” Bennet said.

“Dearfield is a testament to Black Americans who shaped Colorado’s history,” Hickenlooper said. “We must honor their legacy and educate future generations by protecting the Dearfield Homestead.”

The Dearfield Homestead was founded in 1910 by Oliver Toussaint Jackson, who was inspired by Booker T. Washington to establish the colony with the belief that land ownership was the best path to prosperity for African Americans.

At its peak, Dearfield expanded to as many as 700 residents from 35 states across 140 acres, and included multiple churches, restaurants, businesses and a hotel. A thriving agricultural community until the widespread and devastating Dust Bowl, Dearfield fostered resilience and ownership with 47 patented land claims within a 31-square-mile area.

Currently, a gas station, diner and Jackson’s home, which was placed on the National Register of Historic Places in 1995, remain standing.

Specifically, the Dearfield Study Act would evaluate the national significance of the site; determine the suitability and feasibility of designating the site as a unit of the National Park Service; consider other alternatives for preservation and protection, if applicable; identify cost estimates; and report to the Senate Energy and Natural Resources Committee and the House Natural Resources Committee the results of the study and any recommendations within three years.

“Our national parks are sacred spaces that hold the power of interpreting, interrogating, and honoring our past and present. Preserving Dearfield for current and future generations is integral to a better understanding of the unique and relatively unknown African American experience on Colorado’s eastern plains, and this work is also a bridge that can connect us toward a fuller, more representative story of our nation" said Tracy Coppola, Colorado Senior Program Manager for the National Parks Conservation Association. "We are inspired that Senators Hickenlooper and Bennet are leading this effort in partnership with key regional stakeholders, including the Black American West Museum, University of Northern Colorado, and Weld County commissioners, and we support the National Park Service conducting a Special Resource Study to determine the feasibility of adding the site to the National Park system going forward.”