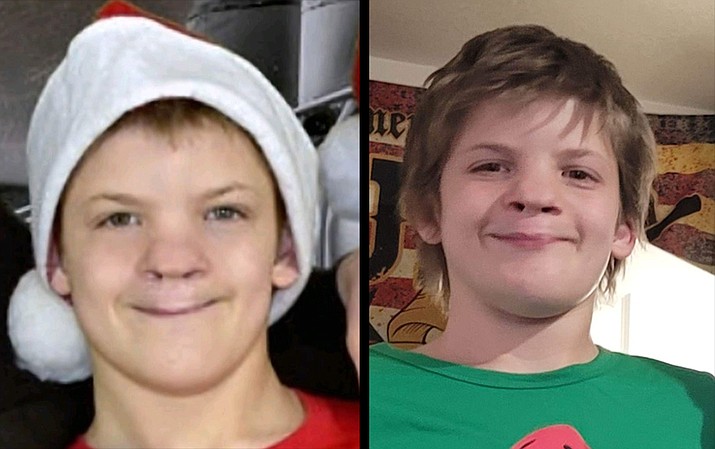 WILLIAMS, Ariz. - A major search is underway for a missing boy in Williams.

Gryffyn Edens, 13, was last seen midafternoon Thursday, Jan. 19 at his residence near Cureton Park off of Grand Canyon Boulevard.

“He’s been gone since possibly as early as 2 p.m., or as at late as 4:30 p.m. from his residence,” said Williams Police Chief Tad Wygal. “He just walked away from his home.”

Gryffyn’s family said he is high functioning special needs. He has a speech impediment and hearing loss.

He is approximately 5’ 1’ and 97 pounds. He has medium length brown hair.

He was last seen wearing a black sweatshirt, tennis shoes and most likely blue jeans.

“We are working our grid system and they (CCSAR) will essentially take over the search,” Wygal said.

Wygal said at this point the police department doesn’t need volunteers at Cureton Park, but he asks the community to search around their own homes.

“We’d like people to look anywhere they think a young child might go to seek refuge in cold weather during the snow,” he said. “We are concerned with exposure, we have no reason to believe there’s any criminal activity, but we can’t rule that out.”

Wygal said the Williams Police Department has set up a command post at Cureton Park and is working hard to find Gryffyn as colder weather and snow is in the forecast.

“We will have search and rescue make the next call (for the next phase of the search),” he said. “They are currently working on a plan. We are putting our heads together now, the first search didn’t produce anything. (We are concerned) because its been between five and seven hours since the last sighting.”

Anyone with any information about Gryffyn is asked to call Williams Police Department at (928) 635-4461.