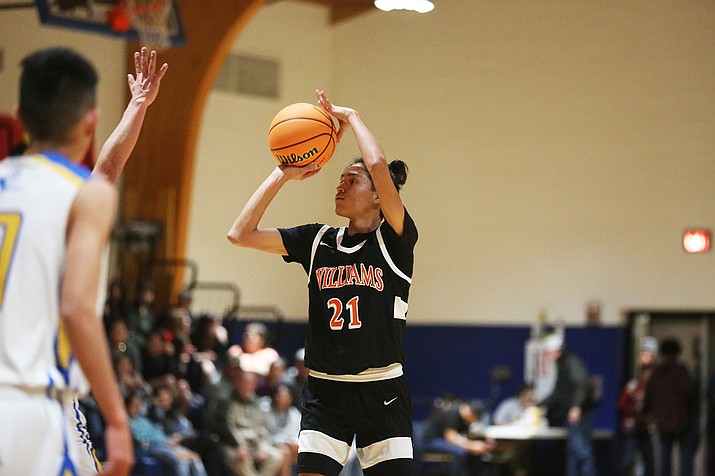 The boys are now 8-1 and are ranked second in the 1A Canyon Region.

Cody scored 21 against Grand Canyon, 24 against Seligman, 21 versus Ash Fork and 15 with Fredonia.

Gabe Lowe scored 13 against Grand Canyon, 11 against Seligman, and 12 against Fredonia.

Three-point master JP Echeverria scored 11 against Rock Point, making 3 for 4 from the 3-point line. He went 3 for 9 against Grand Canyon, with 11 points, and 4 for 7 against Fredonia, with a total 15 points.

The Lady Vikings are 8-2, with four wins in a row, and one recent loss to 1A Conference leader Rock Point.