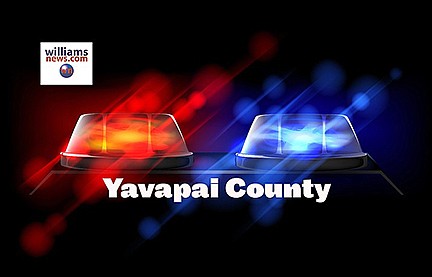 CAMP VERDE – A juvenile suspect in a November homicide pleaded not guilty to first-degree murder and other felony charges Jan. 11 in Yavapai County Superior Court.

The suspect, identified as Moses A. Pozza, 16, is being prosecuted as an adult. He will be 17 in September.

Pozza is accused of killing Keith McKinney, 62, on or around Nov. 28. Charges also include criminal damage, theft of McKinney’s vehicle and guns, and being a minor in possession of weapons.

According to the Yavapai County Sheriff’s Office, Pozza walked into the eastern substation Dec. 26 to turn himself in. There is no indication McKinney was declared a missing person locally. According to the sheriff’s office, the last known address for him was in New River.

YCSO said a relative of the suspect discovered a weapon belonging to McKinney in the suspect’s bedroom on Christmas Day and confronted him, leading to his appearance at the YCSO substation the following day.

According to YCSO, Pozza had become convinced an underage female relative was being targeted by McKinney, who was known to the family. In a Dec. 30 news release, YCSO stated the teen contacted McKinney and asked him to pick him up to go hunting.

“The two then drove out to Salt Mine Road, where the suspect confronted the victim, subsequently shooting and killing him,” YCSO reported. In that account, the teen took weapons from McKinney’s vehicle before abandoning it. He also tossed one of the guns and walked home.

Nearly a month later, the sheriff’s office reported Pozza led them out to the remote area, where a body was found and eventually identified using DNA analysis. Pozza was indicted Jan. 4. The next day, his bond was confirmed at $50,000 by Superior Court Judge Tina Ainley.

Pozza was also in Ainley’s Division 3 court for the Jan. 11 arraignment, at which he was read the charges against him.

As the case moves forward in Judge Michael Bluff’s Division 7 court in Camp Verde, a pretrial/scheduling conference has been set for Feb. 13 at 9 a.m., according to the Yavapai County Attorney’s Office.