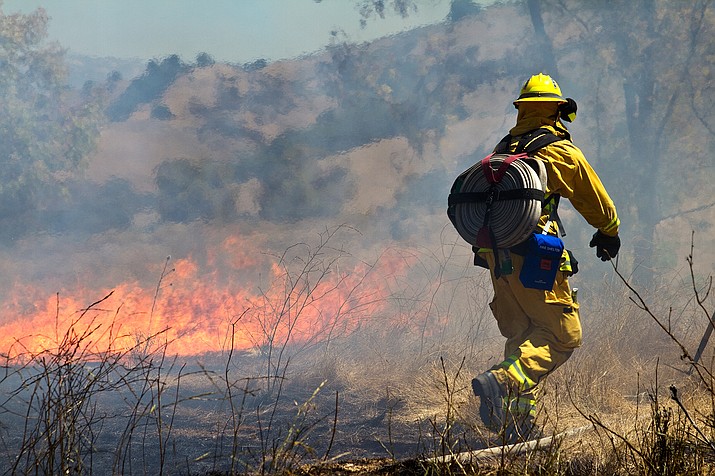 FLAGSTAFF, Ariz. — The Flagstaff Ranger District (FRD) of the Coconino National Forest is considering fire restriction changes that would limit camping, campfires and motorized use in strategic areas of the district during certain times of the year when catastrophic wildfire risk is high.

Proposed changes to fire restrictions would increase the boundaries of the existing year-round camping and campfire ban located adjacent to the City of Flagstaff. They would also forbid the use of motorized vehicles in areas around the San Francisco Peaks, Walnut Canyon and Pumphouse Wash during Stage 2 fire restrictions. These areas have rough terrain and topography that increase wind speeds, which can limit firefighter ability to suppress wildfire starts.

The proposed changes address the immediate concern for future large human-caused wildfires and are part of a long-term risk reduction strategy focused on forest health and resiliency.

“In taking a hard look at everything the Flagstaff Ranger District could do to reduce risk from human-caused wildfire, we found it necessary to consider additional steps during the hotter and drier part of the year,” said Deputy Ranger Nick Mustoe. “Our top priority is the safety of our communities, and we’re confident that these proposed changes balance community safety with public land access.”

In addition to increasing restrictions in an attempt to lower the hazard from human-caused wildfires, the FRD continues to conduct mechanical and prescribed fire treatments adjacent to communities. These treatments aim to reduce the amount of burnable “fuels” – including pine needles, branches and trees – that would otherwise burn hotter and faster during a catastrophic and unplanned wildfire.

The areas under consideration would still be open for hiking, mountain biking and equestrian use during Stage 2 fire restrictions. Summer operations at Snowbowl Arizona Resort, Nordic Center – and parking at popular trailheads suck as Humphrey’s Peak and Fatman’s Loop – would not be impacted.

Should the proposed Stage 2 fire restriction changes be adopted, they will be implemented by April.

The proposed changes were developed in partnership with key stakeholders and agencies, such as the City of Flagstaff Fire Department, Coconino County, Arizona Game and Fish and Senator Mark Kelly’s office.

The Coconino NF plans to hold community meetings and solicit public input prior to implementation. To receive future communication from the Coconino NF regarding options for public comment, please visit coconinonationalforest.us and click the “get news via email” button. \