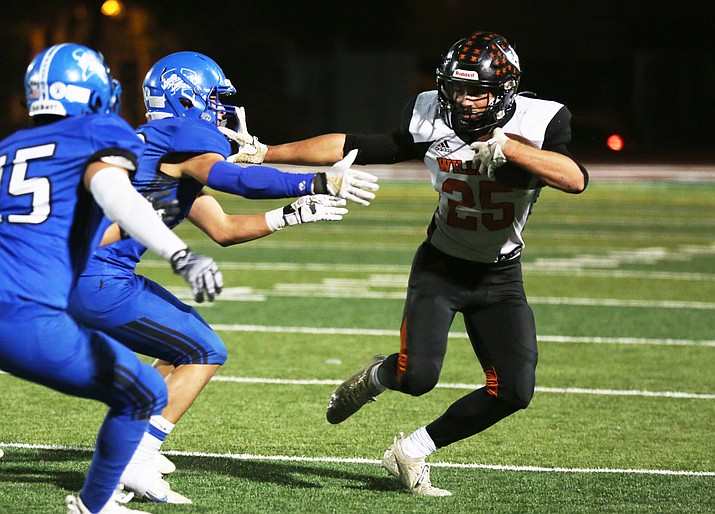 Drew Logan was named 1A Conference Offensive Player of the Year. (Marilyn Sheldon/WGCN)

Drew Logan was co-selected for Conference Offensive Player of the Year. He shares the title with Ryan Gooding of St. David.

In addition, Logan was also selected to first-team as running back and placekicker.

Logan was joined on the first team by Bryton Cox, who was selected as an offensive and defensive lineman.

Danny Siegfried was selected to the second team as a defensive lineman.

Raymond Gonzalez, Gabe Lowe and Kevin Nunez were also selected to the second team as a lineman, receiver and defensive back respectively.

Drew Logan finished the season leading the 1A Conference in rushing with 1628 yards. He also led in scoring with 252 points, touchdowns with 37 and first kickoffs with 4,041 yards. He placed fourth in total yards with 2,069 yards, second in PAT with 18, third in kick scoring with 18 points, and third in punts with a 39.6 average yards.

Danny Siegfried placed fifth in passing with 1,439 yards and eighth in total yards with 1,623 yards.