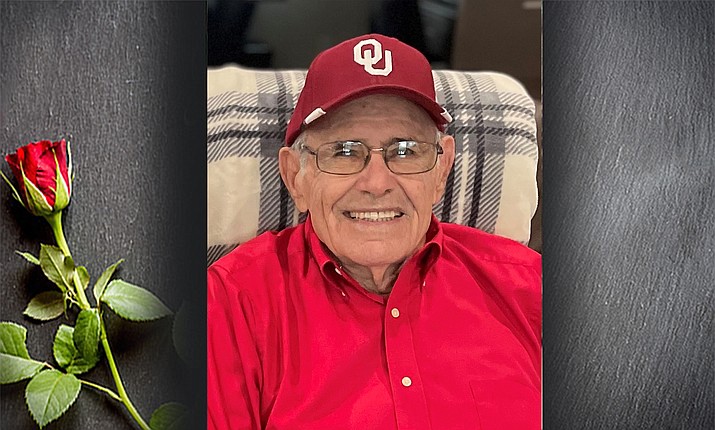 Carl Milton Winslow went to be with his Lord on December 31, 2022, after a short battle with cancer. He is survived by his wife of 59 years, Esther “Faye” (Bordelon), three children, Carol Branning (Kurt), Steven Winslow (Sondra), and Veronica Coleman (Dawayne), six grandchildren and four great-grandchildren.

Born December 2, 1933, in Hartshorne, Oklahoma to Cleon and Velma (Watson), Carl was the second of four boys, Cleon, Jim (deceased) and Paul. Carl and his brothers were raised in the fear and admonition of the Lord by their mother and because of her influence, Carl was saved at an early age. His faith in Jesus became a prominent force throughout the rest of his life.

The family moved to El Reno, Oklahoma where Carl graduated from high school in 1951, then worked the summer for the Rock Island Railroad as a bridge builder. In 1954, he was drafted into the Army where he served two years at a Nike missile base near Chicago, Illinois. Carl then went on to attend El Reno Junior College and the University of Oklahoma, graduating with a degree in Civil Engineering. In 1961, Carl was hired by the US Forest Service and moved to Williams, Arizona. It was at this time that he developed a love for the small town where he would eventually spend most of his life. Carl, however, was transferred from Williams to Tucson where he met and married his wife, Faye, in 1963 and started his family. They lived in Tucson for 10 years until Carl was transferred back to Williams.

It was when Carl and his family (and mother) returned to Williams in the fall of 1974, they began attending First Baptist Church where he had previously been a member. Carl served as a deacon and Sunday school teacher for many years and, as his own children were nearing high school age, felt called to start a program for the youth in Williams. He opened the church on Friday nights for kids to come and play games, eat snacks, and hear the Word of God. What eventually came to be known as “Rec Night” resulted in the church hosting up to 50 high schoolers every Friday night. Carl was also a member of the Williams Rotary Club and retired as the Assistant Forest Supervisor with the US Forest Service in 1990.

After retiring, Carl and Faye built a home in Phoenix where they would spend their winters. While in Phoenix, Carl and Faye joined Hillside Southern Baptist Church where he also served as a deacon, enjoyed singing in the choir and serving in Senior Adult ministries.

Carl was a devout family man, an outdoor enthusiast and a HUGE OU Sooner fan. He always had a smile on his face and didn’t hesitate to tell a joke or pull a prank at someone else’s expense. He left a lasting impression on those who knew him and his legacy will live on in the lives that he touched.

In lieu of flowers, donations may be sent to Hillside Baptist Church.