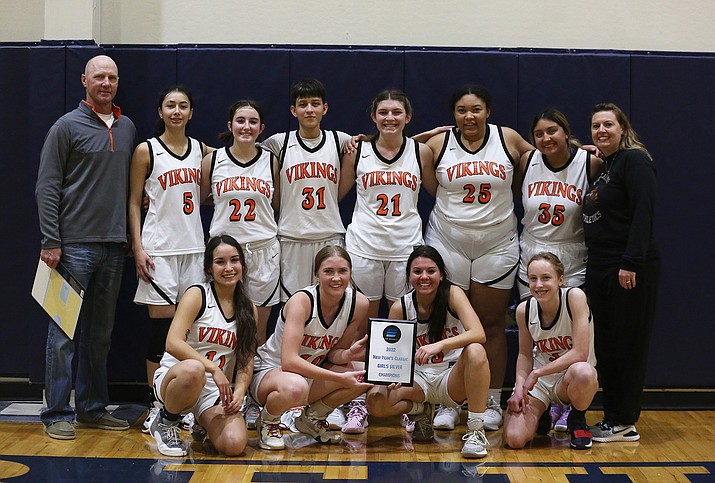 The team dubbed an easy win against El Capitan on Jan. 5 defeating the team 46-14. Kadance Orozco scored 24 points during the gam, and Kai Mortensen scored another 10.

On Jan. 6 the girls put up a fight against Rock Point but lost 70-57. Orozco secured 16 points for the team. Shione Alvarado made two 3-pointers.

With a come-back win against Miami, the team also secured first place in the silver bracket of the Epic New Year’s Classic in Chandler Dec. 30.

The Lady Vikings were down 11 in the fourth quarter with 2:34 left on the clock. With first place in the silver bracket up for grabs, the Williams team went to work. Led by Orozco, they began to whittle away at Miami’s lead.

Orozco started things off with a two-pointer. Shaelee Echeverria was fouled, and added two more from the free throw stripe. Mortensen was effective from short range, and tallied four free throws.

At the buzzer, Orozco hit another two to seal the 65-58 win.

The Vikings will play Ash Fork at their upcoming senior night, Jan. 13.