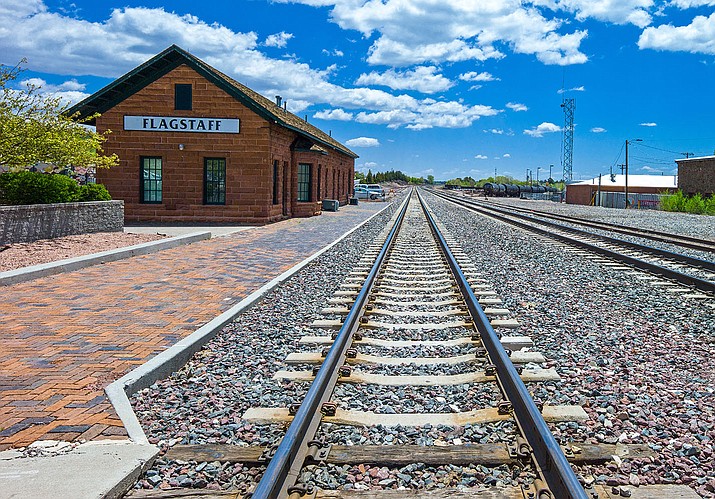 FLAGSTAFF, Ariz. — Three vehicles were involved in a train accident in Flagstaff Dec. 24. A train struck a vehicle which was then pushed into a second vehicle, and a subsequent third vehicle.

The accident occurred at approximately 1:40 p.m. at the train tracks just south of the intersection of Ponderosa Parkway and East Route 66.

A first train had cleared the tracks and the crossing arms were raised to allow for traffic to move. The light turned green for northbound traffic on Ponderosa Parkway. As traffic started to move, a second train approached. The light turned red and the crossing arms came back down, with a vehicle stopped on the train tracks. Seeing the oncoming train, the passengers exited the vehicle just before the vehicle was struck by the train. The vehicle was pushed into a second vehicle, which hit a third vehicle, according to Sgt. J.L. Rintala. spokesperson for the Flagstaff Police Department.

Rintala said there were no major injuries but the driver of the second vehicle was transported to Flagstaff Medical Center for possible whiplash type injuries. All three vehicles were damaged. Two vehicles were towed because of damage.

“I encourage the public to not cross train track crossings unless they are sure there is enough room on the other side to safely pass and be completely clear of the train tracks,” Rintala said.