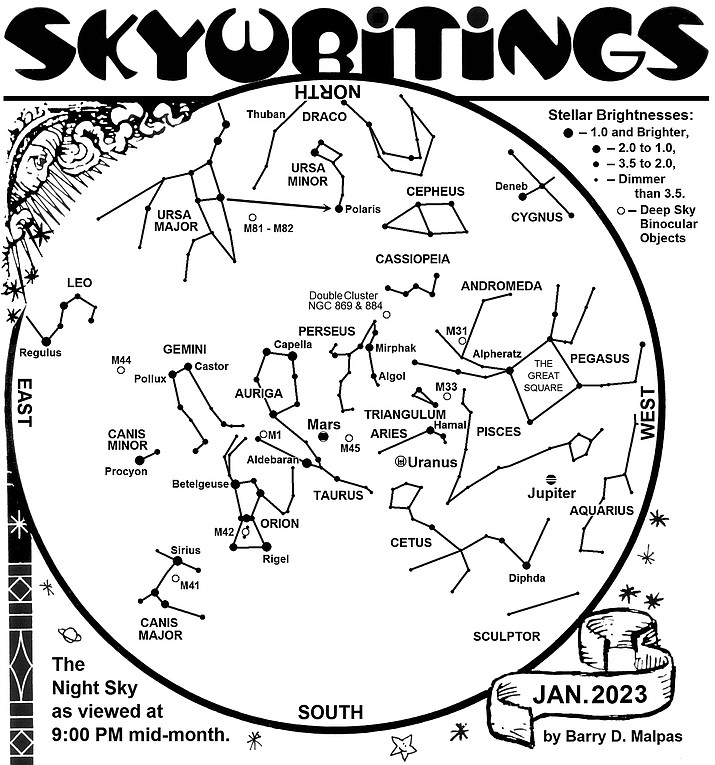 Although the measurement of time here on Earth appears simple enough, it is actually fairly complicated because it is the relationship of the time of Earth’s rotation on its axis with its orbit around the Sun.

This relationship is known as the “Equation of Time.”

“Solar Time” varies in speed throughout the year because of how the Earth moves in its orbit around the Sun. “Mean Time” is the average of Solar Time and provides the time we measure on our clocks and watches.

The Analemma is the graphical representation of the deviation between Solar Time and Mean Time in the Equation of Time.

Analemma is the term in astronomy used to describe the plot of the different positions of the Sun on the celestial sphere recorded at the same time of day (24 hour intervals) and from the same location on successive days throughout the calendar year. Amateur astronomers since the 1970s have photographed Earth’s Analemma by directing a camera in the sky and taking photographs of the Sun at noon about once every week.

Since Earth’s orbit around the Sun is not circular, but elliptical, the Earth moves slightly faster when it is nearer to the Sun from Sept. 21 through March 21, and slower from March through September. Earth is also tilted on its axis at 23.5 degrees, with the northern hemisphere directed towards the Sun from March through September and toward the southern hemisphere the rest of the year. These combined effects of Earth’s elliptical orbit and its axial tilt result in the length of each solar day being slightly different.

The Analemma represents an endless cycle and is charted on a sundial to let it read like a clock in Mean Time. The annual plotted result is a figure-eight loop. The Analemma is often shown illustrated on Earth globes and is usually placed in the Pacific Ocean.

Because other planets have varying orbits around the Sun as well as orbital tilts, their Analemma appear different.

The Analemma for Mars appears in a tear-drop shape. When Mars is farther from the Sun (moving slowly) the Sun is seen at the top of the tear-drop. Mars moves faster when it is closer to the Sun and the Sun appears at the rounded bottom. The Martian Analemma showing the seasonal apparent motion of the Sun has been photographed by the Opportunity Rover.

Several Analemma from other planets (Uranus, Neptune and Pluto) also appear as varyingly shaped figure-eight loops. Saturn is similar to Mars’, also appearing as a tear-drop. Jupiter’s Analemma is an oval.