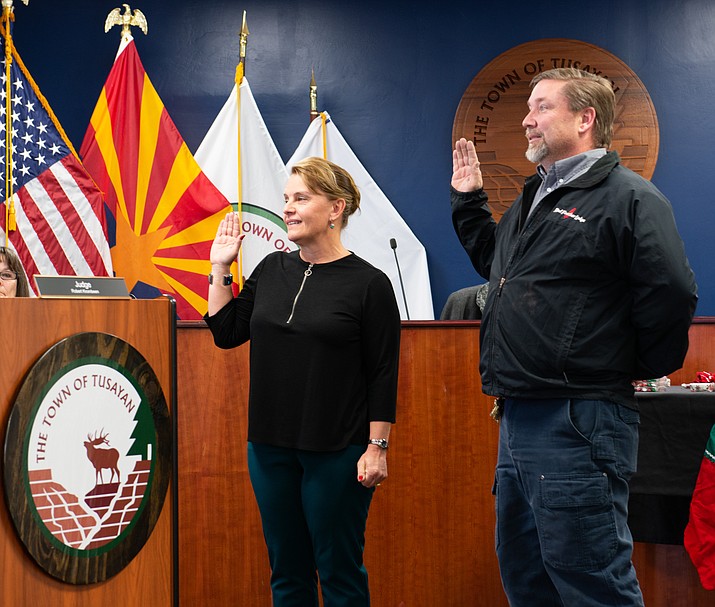 Clarinda Vail, who returns as Tusayan’s mayor, and newly-elected council member Josh Collett were sworn in by Judge Rob Krombeen at the Dec. 14 council meeting. (Photo/Town of Tusayan)

Before continuing new business with a newly-seated council, Judge Rob Krombeen swore in Clarinda Vail, who returns as mayor, and Josh Collett, who replaces outgoing council member Rob Baldosky. David Chavez was also elected to the council, but was not present for the swearing in.

Vail also presented outgoing council members Baldosky and Brady Harris with gifts of appreciation for their four years of service to the town. 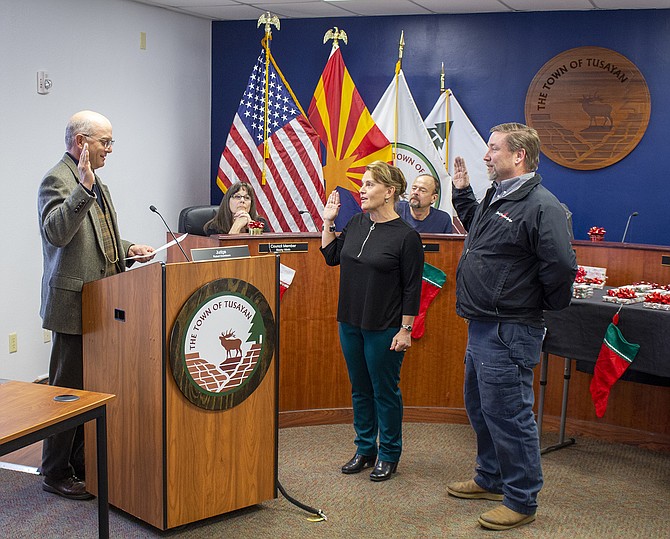 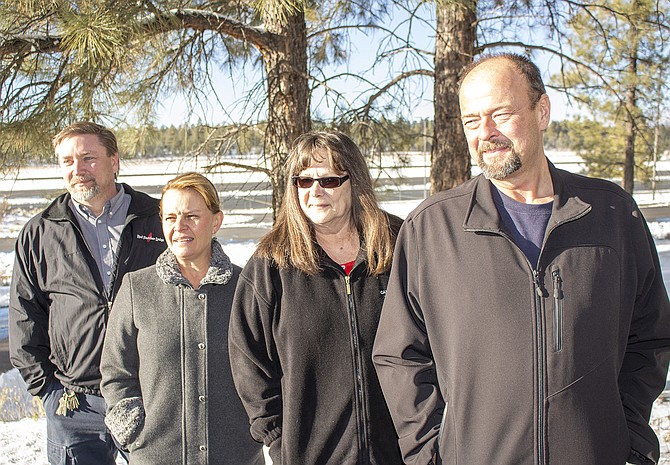 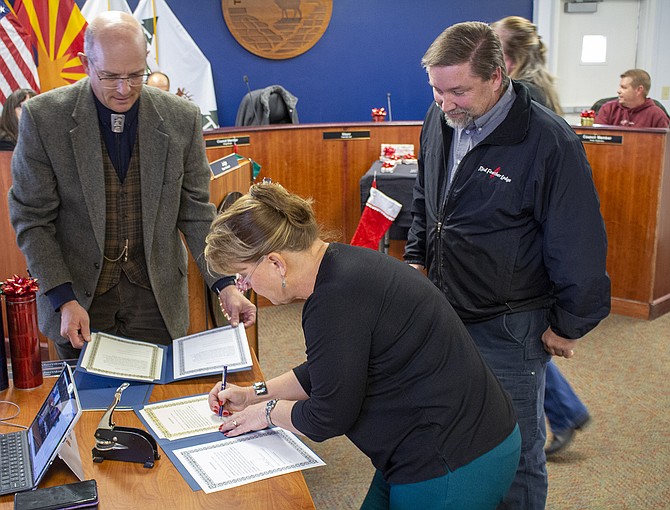 The council also discussed its newly-formed marketing initiative, Explore Tusayan, and displayed the results of a survey to determine the preferred graphic and tagline for the town’s marketing collateral and brand.

Tusayan residents recently responded to a survey to choose a logo and tagline for the town’s new marketing initiative. (Photo/Town of Tusayan)

Town Manager Charlie Hendrix said the results were clear in the direction the council should proceed.

“It was pretty much a sweep of what they liked,” she told council members.

Hendrix also said that while there had been a desire to include Grand Canyon in the tagline somewhere, the public felt that it became to wordy and cluttered; the Grand Canyon is also very clear in the image, making it unnecessary to spell out.

“Grand adventures without Grand Canyon is good,” she said. “It’s apparent that the elk is standing on the edge of the Grand Canyon.”

After considering the preferences brought forth in the survey, the council voted unanimously to adopt the winning logo and tagline.

Vail pointed out, however, that there may have been some confusion about what the new marketing images were for.

“I just want to clarify that the current logo is not going away,” she said. “They will still be used by the town. The new image and tagline is part of our marketing initiative, or to be used by business owners to brand items.”

Now that the new logo and tagline have been approved, the next step in developing the new marketing plan is a meeting of the Strategic Plan Cohort Group, which is comprised of the council, two town citizens and two member of the Tusayan Chamber of Commerce. These meetings will take place from 9 a.m. to 1 p.m. Jan. 18 and 19 at Town Hall. The public is encouraged to attend in person or via Zoom.