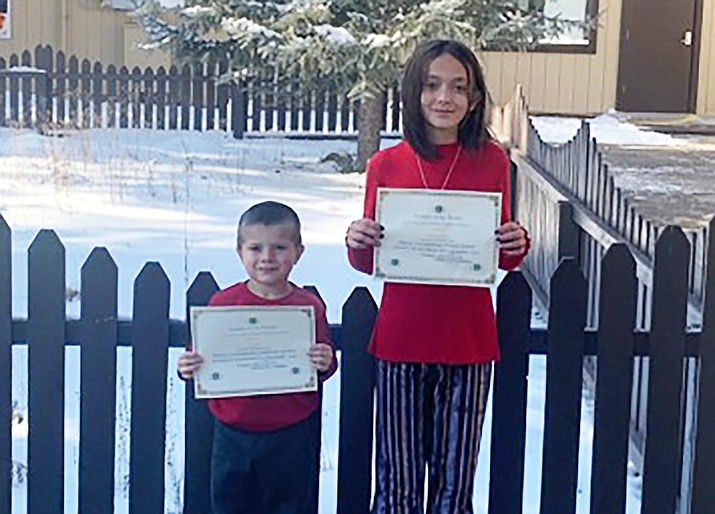 Shiloh Land and Alexis Alexander have been selected as the MCSD December students of the month. (Photos/MCSD)

PARKS, Ariz. — Maine Consolidated School District (MCSD) announced the December Students of the Month. Students are nominated by their teachers.

Shiloh Land has been chosen as a student of the month. Shiloh has come a very long way since the beginning of the school year. Shiloh follows directions well, is polite, and shows care for others. Shiloh was nominated by PE teacher Mr. Hearn.

Alexis Alexander has also been chosen as a student of the month. Alexis always tries her best and works hard to be a team player. Alexis is always encouraging and compassionate to her classmates. Alexis was nominated by music teacher Ms. Cauthen.