Downtime during pandemic prompts students to start their own business 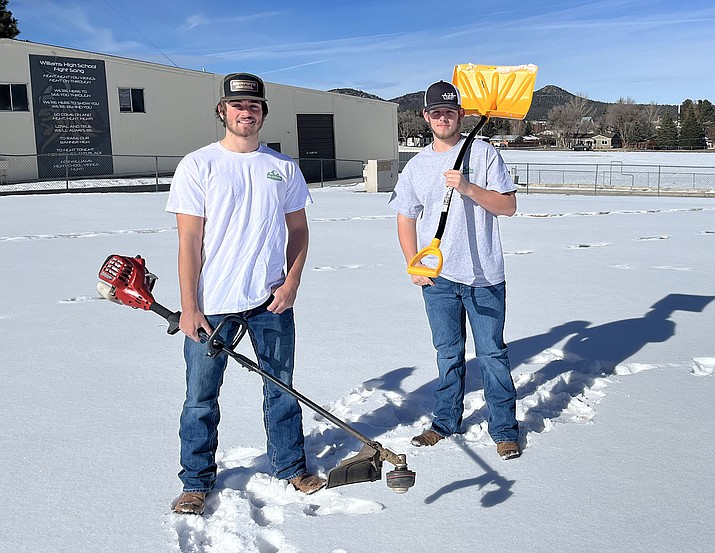 Danny and Drew started DDD Landscaping as freshmen, along with their friend, Jason “Dub” Olson who was a senior at the time.

“It was during the COVID pandemic. We were sitting on the football field in a circle like, ‘what should we do to make money?’ And then we came up with this idea and took it and ran with it,” Drew said.

The boys borrowed a lawnmower from Jason’s stepfather and they hit the ground running.

After Jason graduated, Danny and Drew continued the business. Jacob Elliot, another WHS senior, partnered with the team last year.

When asked about their favorite part of running their own business, the pair agreed it was the community aspect.

“Being able to meet new people, and people that you don’t always see in the community. After we’ve helped them out with their yard or whatever we see them in Safeway and they’re like ‘hey, how you doing?,” Drew said.

“People have been really nice to help us out with advice or whatever else,” Danny said. “Especially here in a small community, everybody wants to help you out. Like Jason Olson, the owner of the Sultana, he did all kinds of advertising for us. It was super cool.”

After graduation, Danny and Drew will attend college out of the area, but the duo plans to keep the business running by contracting out employees. They’ll be back to help when school is out on break, though.

After four years of running the business, the seniors have learned a lot.

“We’ve definitely had our shares of mess ups, so we’ve kind of learned from that. I’d say this year was probably our best year because we’ve been doing it for a while now,” Danny said.

“We learned a lot of like money stuff. That’s what I take away. How to keep our money where we want it, how to distribute it into new tools, or gas and like how much we’re going to charge if we’re driving to Ash Fork or Parks or whatever,” Drew said.

DDD Landscaping is just the start of Danny and Drew’s business-owning careers. They both hope to own more businesses in the future.

“My idea right now is to be a business owner of some sort in the future,” Danny said.

To learn more about the business or to book services, visit DDDlandscaping.org.