Baby Names: Changing with the times in Arizona 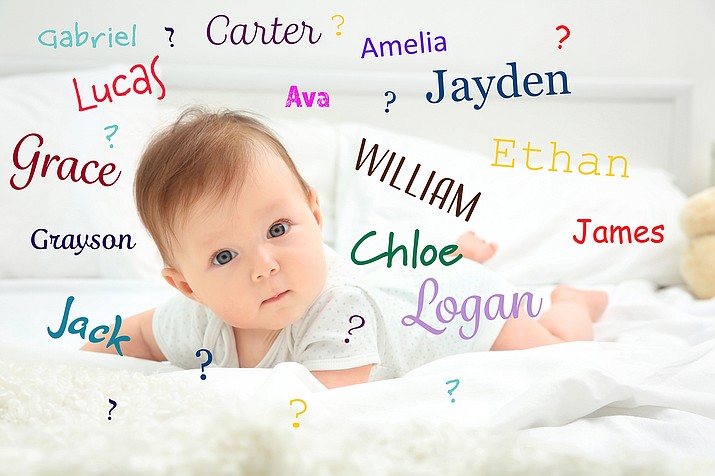 PHOENIX, Ariz. — New Arizona moms and dads aren't choosing the names for their children this year that their own parent selected for them.

New figures from the state Department of Health Services show the names that were most popular a quarter century have all but disappeared from this year's Top 20 list.

And what of the names that were so popular back then? Good luck finding newborns this year with the same names.

Consider Jessica, the most popular name in 1997. There weren't enough new parents this year for that name to even crack the Top 100. Ditto Alexis, Ashley and Samantha which came in second, third and fourth, respectively that year: all fallen off the list.

So what replaced them?

Olivia remains the top choice for newborn girls for the third year in a row. That is followed by Emma, Isabella, Sophia and Luna.

A similar situation exists among parents of newborn boys, though the shifts in parental preferences aren't quite so radical.

Jacob, the most popular name back then, fared no better than 49th this year.

Michael, however, which was right behind at second place in 1997, fared better. It now comes in at No. 18.

And Daniel, third in popularity back in 1997, dropped to sixteenth position.

Instead, Liam remains the top choice this year for parents of newborn boys for the third year in a row.

Also posting repeat performances are Noah, Mateo and Oliver which followed as second, third and fourth this year, matching the data from 2021.

Still, there were some major shifts from even a year ago.

Luca, which logged in at No. 48 a year ago, rocketed up in popularity to crack the Top 20.