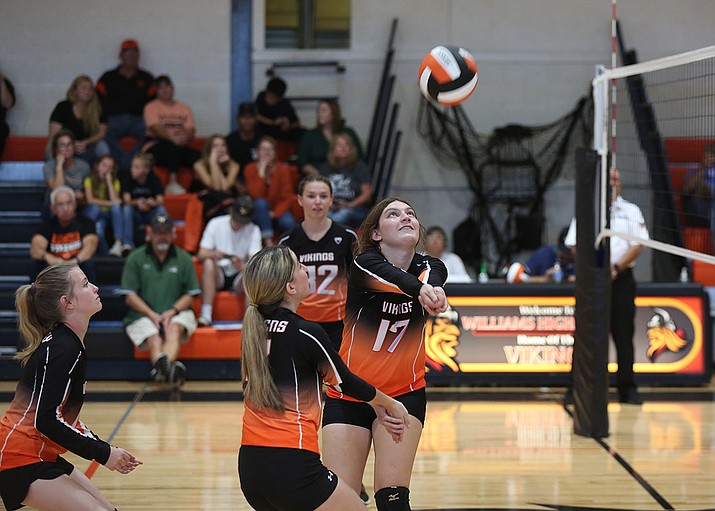 Middle blocker Riley McNelly had seven serving points, including four aces, and six kills. Junior Kai Mortensen, the last server in the rotation, did not have an opportunity to serve. She had 15 digs, and seven kills offensively.

The Lady Vikings next play Ash Fork Sept. 29 in Williams at 6 p.m.