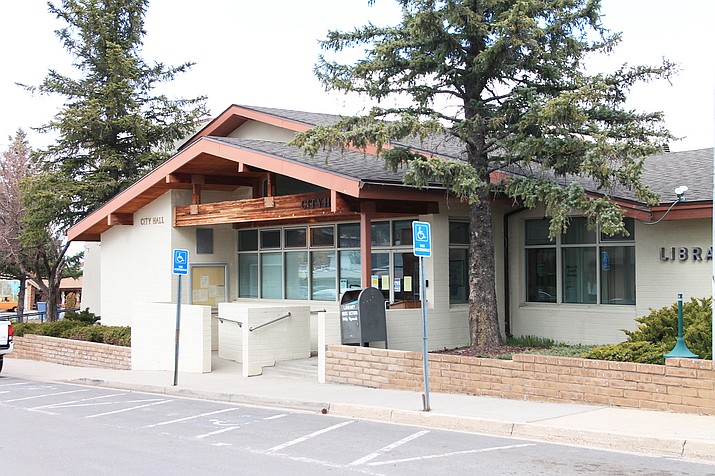 WILLIAMS, Ariz. — The Williams City Council heard the first reading of a proposed ordinance Sept. 22 that would set recovery fees for shopping carts found abandoned in the city.

“Over the last year, we have picked up over 100 shopping carts in alleys, streets, the creek, empty lots, etc.” said Williams City Manager Tim Pettit in a staff report.

Pettit said the abandoned carts are a blight on the community and pose a hazard to vehicular and pedestrian traffic.

Pettit said city staff have spoken to business owners about the problem and they agreed to routinely check for and retrieve carts in the community.

Pettit said despite the promises, abandoned carts continue to be left on public and private property for extended periods.

“Over two months, we again picked up 60 abandoned carts and took them to our shop yard, hoping that the stores would contact us about the missing carts so we could again address this and make them responsible,” Pettit said.

However, Pettit said the carts were picked up from city property without notifying staff and the problem continues.

Ordinance 994 allows the city to retrieve carts on public property and charge a fine to businesses.

The ordinance will also allow the city to charge a business $15 for each cart returned by city staff.

The council approved a request by Patrick and Tammara Dora for vacating a public right of way on property they own on the 700 block of Frank Way.

Pettit said the right of way is of no benefit to the city, and the approval would allow the Doras to design a more comprehensive extension of their RV park, which will include an estimated 75 RV spaces, 32 RV storage units and other park amenities.

At the council’s earlier Sept. 8 regular meeting, councilmembers heard from residents about speeding issues within the city limits. Robynn Smith-Eckle said the city needs to look at better ways to enforce ways to reduce speeding and the running of stop signs.

The council briefly discussed the impacts of the Labor Day weekend and other September events.

Mayor John Moore said he felt the community was overrun with visitors and traffic and thought the city should look at more ways to spread out visitation over the year.

“We want people to visit Williams but we do not want them to have a bad experience,” he said.

City Councilman Craig Fritsinger agreed the city has limited services and needs to evaluate the impacts of tourism.

Pettit advised the council that the study on the city’s fire department is complete and staff will have a meeting and presentation on the results soon.