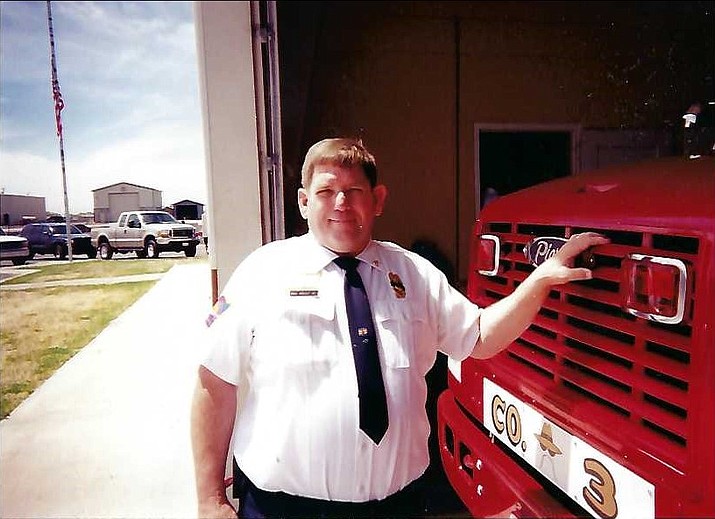 He was born on Oct. 2, 1950, in Phoenix, Arizona to Stanley and Melvina Wright. He grew up in Cottonwood, Arizona. He married the love of his life, Carole Evans Wright on April 30, 1982 and had recently celebrated 40 years of marriage.

He is preceded in death by his son Michael Wright, Jr. and his sister Phyllis Wright. He is survived by his wife Carole Wright and seven of his children, Wendy Hodges (Wright), William Wright, Steven Wright, Mike Wright II, Mindee Wright, Steven Vanesian and Clay Wright. He is also survived by 18 grandchildren and 18 great grandchildren, with three more on the way, many nieces and nephews and lots of friends.


Mike dedicated his life to helping others. He was a volunteer firefighter for the cities of Williams and Holbrook. In his “off” time, he faithfully served at church through various callings. He loved genealogy, journaling and his collections which included things like patches, military medals, firefighter memorabilia and anything else he could sneak in the house.

Mike will especially be remembered for his love of his Heavenly Father, his love of babies, his tight hugs, and his uncanny ability to make everyone around him laugh. Those who knew him well will remember him every time they see a firetruck, hear a Marty Robins song, or hear the word “rojo”.

His funeral was held Sept. 13 at the Church of Jesus Christ of Latter-day Saints and he was buried the next day in Williams, Arizona at Mountain View Cemetery.