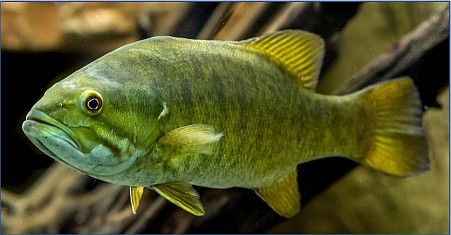 Beginning Sept.17, NPS staff, in cooperation with several other government agencies, will deploy a poison to remove the fish that threaten native species, the department announced.

The EPA-approved fish piscicide rotenone (CFT legumine) will be used to kill the invasive, predatory fish. The first treatment was planned for Sept. 17-18, potentially followed by a second treatment within two months to address fish that may have hatched or remain hidden in dense vegetation after the first treatment.

The cobble bar area surrounding the backwater slough at river mile 12 where the invasive fish were found, the slough itself, and a short distance up and downstream will remain closed to the public for the duration of both treatments.

These non-native predatory fish were recently discovered breeding in areas where they have not previously been found in large numbers, threatening the recovery of humpback chub, which is listed as threatened under the Endangered Species Act.

The humpback chub was downlisted from endangered to threatened in October 2021, in part based upon the success of the species in the Colorado River through Grand Canyon. Because smallmouth bass are aggressive predators, failure to quickly control their population in the Colorado River above the Grand Canyon could likely lead to the demise of the humpback chub, the agency said.

Lake Powell water elevations dropped to historically low levels and are having adverse impacts on the federally listed and native populations of fish below Glen Canyon Dam. Smallmouth bass and green sunfish live in the warmer levels of the lake’s waters closer to the surface. As that warmer water reaches the dam’s water intakes, the nonnative predatory fish have a greater chance of passing through the dam alive. This increases the threats to the native fish in the Grand Canyon and Glen Canyon’s rainbow trout fishery downstream of Glen Canyon Dam.

Threats to native fish are increasing due to the warmer temperatures of water passing through the dam and related increased river temperatures below the dam, which increase non-native fish spawning and reproduction, and allow for predation on native fish populations downriver. Juvenile smallmouth bass were found in the Colorado River below Glen Canyon Dam on July 1, underscoring the urgency of this emergent issue, the agency said.