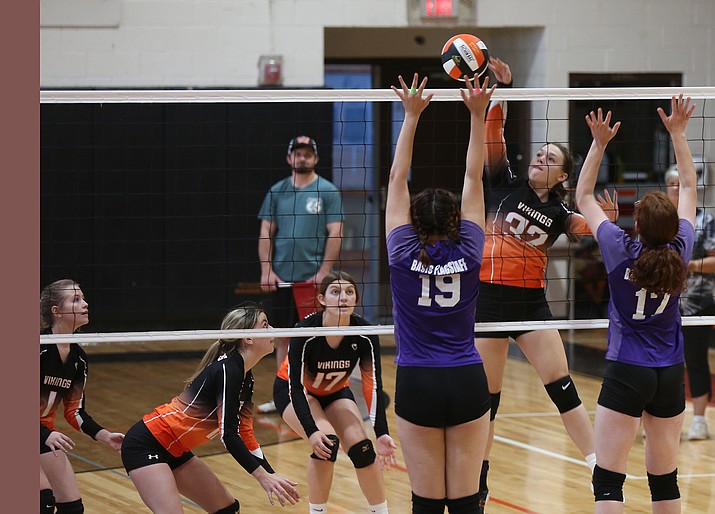 “We had 37 kills, and it was a good spread,” Coach Connie Stevens said. “We are a contender for the state title, but we need to be able to play our game with every team.” 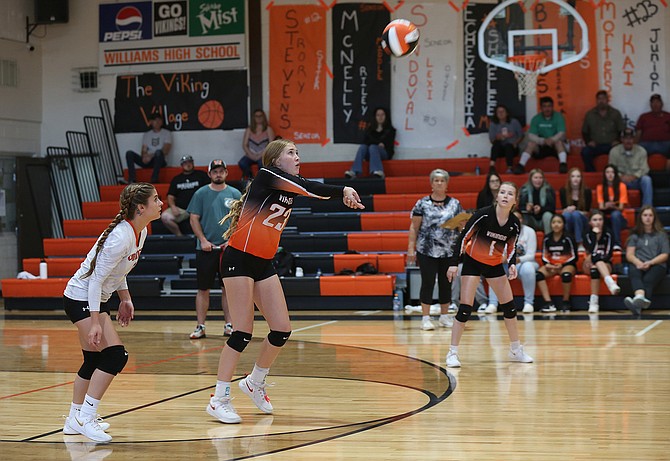 Kai Mortensen digs the ball in a game with Basis. (Marilyn R. Sheldon/WGCN)

Rory Stevens lead the team in points with 20 serving points, including four aces. She also tallied one kill, 35 assists and 15 digs. Shaelee Echeverria had a solid performance with nine serving points, one ace, 14 kills, seven blocks, one assist and 17 digs. 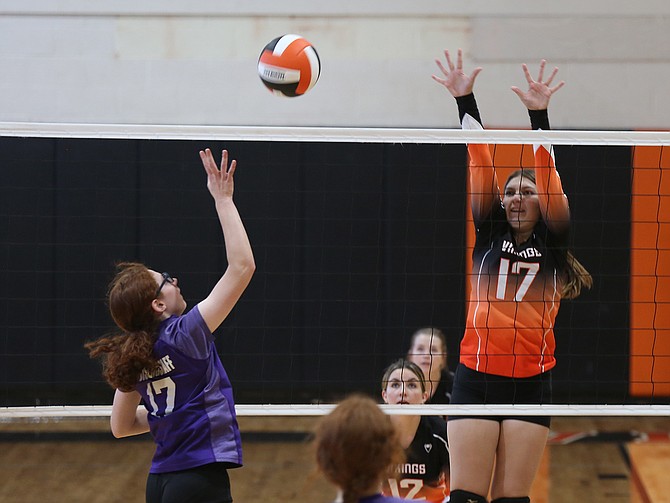 Kyleigh Amos tallied four serving points, nine kills, and seven digs. Stevens was pleased with her performance. “Kyleigh played really well,” she said. “If I had to pick a player of the week, it’d be her.”

“Our offense was charged,” she added. We totaled 37 kills and nine blocks.”

“We need to consistently play with excitement,” Stevens said. “We must play offense higher in intensity.”