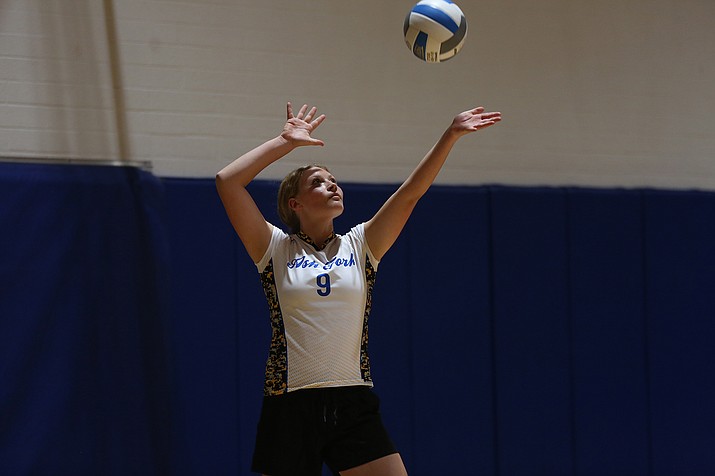 ASH FORK, Ariz. — It was a solid performance for both the Ash Fork varsity and junior varsity

volleyball teams in their double header against El Capitan on Sept. 16. 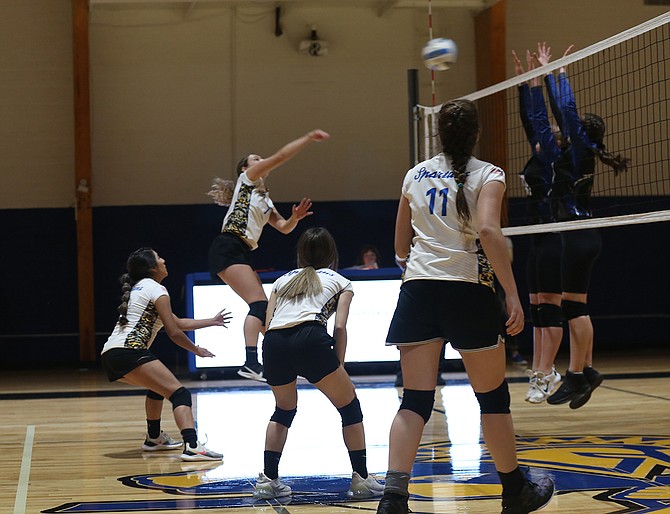 Coach Lauren Hume was pleased with their play. She noted that freshman Gracie Staples is currently leading the 1A league in serving aces with 56. Freshman Aura Mendez is leading the league with 313 digs.

The Spartans did sustain ankle injuries to two of their strong players, Staples and Crystal Nixon. Hume is hopeful the two will return shortly.

“Outside hitter Olivia Johnson had to step up, and did a great job with 13 kills,” Hume said.