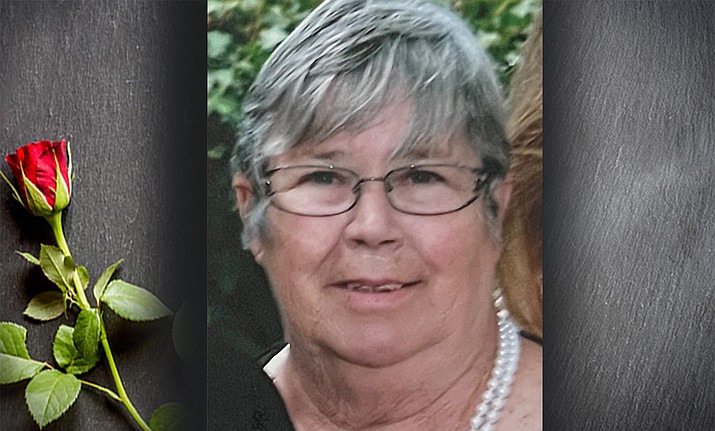 Dawn Miller passed away peacefully at “the House that Love Built” in Williams, AZ on Sunday, Sept. 4 2022 at the age of 74.

Dawn was born in Phoenix, Arizona in 1948. She began her schooling in Yuma, Arizona, then started high school in Honolulu, Hawaii and returned back to Yuma where she graduated.

After high school she courageously lived abroad in the Philippines for a year with her husband as he served in the Marines returning back to Phoenix. Dawn gave birth to a handsome brown-eyed boy, Daniel, in 1972.

While raising her son as a single-mother, she found a passion as a beautician for over 15 years in the Valley. She was known for always being able to make her clients laugh with her humor and wit all while making them beautiful.

Dawn met her soulmate Henry Miller in 1982 and immediately bonded over their love for each other and Daniel. After throwing their change in a five gallon water jug for three years, they left for Las Vegas to celebrate. As they hit town Henry realized he’d already hit the jackpot and asked Dawn if she wanted to get married. Their water-jug money purchased the marriage license and Dawn so eager to get hitched decided there was no need to go back and change, electing to wear her black sweatshirt and Levi’s that she had on.

Dawn and Henry lived in north Phoenix, where she was an office manager for a local businesses. During this time Dawn and Henry began their dream project creating “the House that Love Built” on 20 acres in Williams. Devoting countless hours and weekends over the years, they eventually retired to their cabin in 2004. Whether it was driving the back country, showing their tractors and engines across Arizona or sitting at the slots in Laughlin, they truly just loved spending time with each other and now they’re back together.

Dawn has been laid to rest beside her husband, Henry Miller and his father, Urban Miller at the Williams Cemetery.