Long-time Northern Arizona postal employee takes helm at Grand Canyon
Jason Davis said working in all levels of the U.S. Postal Service has given him the experience to lead as postmaster 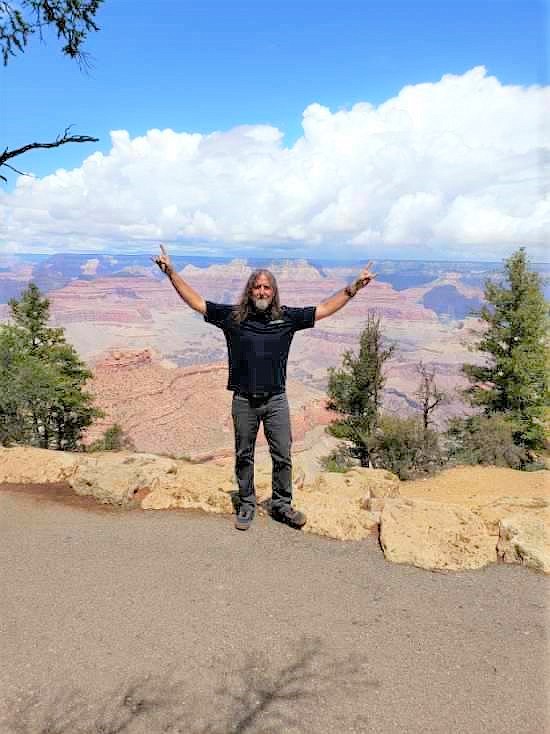 GRAND CANYON, Ariz. — After 20 years of service, Jason Davis achieved a long-time goal of becoming the Grand Canyon Postmaster. His story is one of development.

Jason began his postal career as a rural carrier associate January 2002 in Flagstaff, Arizona. Originally from Austin, Texas Davis decided to move to Arizona with his wife, young child and little money. The move would prove challenging for the family.

“We were young, poor and away from home. We wanted to make it on our own,” he said. “It was a huge mistake. We were struggling for a long time in Flagstaff.”

Davis was commuting each day, spending little time with his family. In 2002, he sought employment with the U.S. Postal Service in Flagstaff in order to be closer to home. The postal service offered stability.

“Every two weeks for the past 20 years, I never missed a paycheck,” he said. “With stability came growth and progress.”

Davis was inspired by stories of upward mobility. Davis recalled former Postmaster General Megan Brennan’s story of starting as a letter carrier prior to occupying the highest position in the postal service.

Davis has worked in nearly every position at the USPS. In Flagstaff, Davis worked as a clerk, city carrier, supervisor and acting postmaster. He has also served as postmaster of Seligman and Tuba City. His experiences gave him the credibility and empathy needed to be a successful leader.

“I have been able to say, yes, I did run the machine. I did unload trucks all night. I did carry mail through snow,” Davis said. “I would not be able to ask employees to do the things I needed them to do if I had not done it myself. I have worked along-side many of them, and many have trained me, so it is a feeling of being all-in together.”

Davis sees the postal service as a family. Early in his career, Davis recalls meeting Jessica Moore, the person who first trained Davis.

“We drove to the first delivery, Walmart, and when we got into the vehicle, it would not start. I had no experience fixing cars, but I asked her to pop the hood. I started looking at the wires to make sure they were connected, found a loose one, and we were up and running,” Davis said.

The bond between Davis and Moore grew throughout the years, the two supporting each other in their career developments.

When Davis was supervising at the Flagstaff Post Office, there was a big snow storm preventing many deliveries. Davis asked Moore to answer the phones.

“She hesitated at first, but I told her she would be great,” Davis said. “She was hooked.”

Shortly after that day, Moore began training to become a supervisor. She then became a postmaster and later acted as manager of post office of operations. It was then Moore supported Davis in his pursuits.

When Moore saw the Grand Canyon Postmaster position was open, she remembered Davis had mentioned his dream years ago. Moore called Davis and encouraged him to apply.

“I have had my eye on it since I met the postmaster when I was working in Flagstaff,” he said. “The appeal of the Grand Canyon was the idea of meeting people from around the world. It has been an emotional ride.”

Davis is currently serving as the Grand Canyon Postmaster and will be officially installed 2 p.m. Sept. 9 at the post office.

The post office is located at the top of the Grand Canyon. It is one of only three full-service post offices located in a national park.

“It is the upper echelons of hiking, and they count on the postal service,” he said.

“Our general delivery is very active,” he said. “You can put your name on it, Grand Canyon, 80623 and it will be here waiting for you.”

An avid hiker and outdoorsman himself, Davis is happy to be an integral part of the community.

“There is nothing like it. I love the community of the Grand Canyon,” he said.

Now, after completing his longtime goal, Davis has set another: traverse the Grand Canyon and learn everything possible to help fellow hikers who visit the post office.