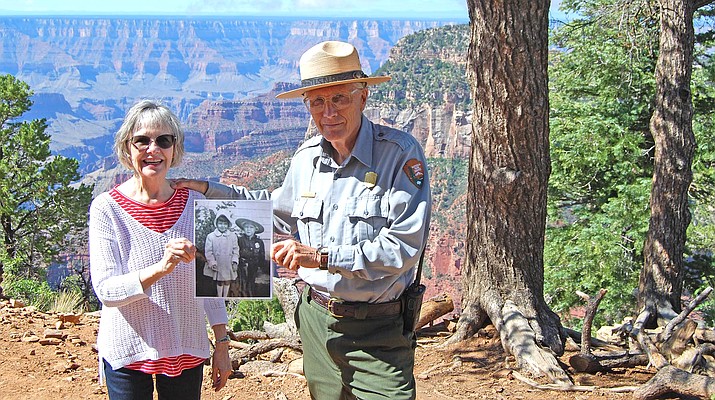 In an old 1956 black and white photograph, future park ranger Crispin poses with his older sister Jean — 66 years later, the two siblings posed together again, holding that same photograph, along the rim of the Grand Canyon.