Hiemenz, Dent and Payne recognized for years of service at Arizona League of Cities and Towns 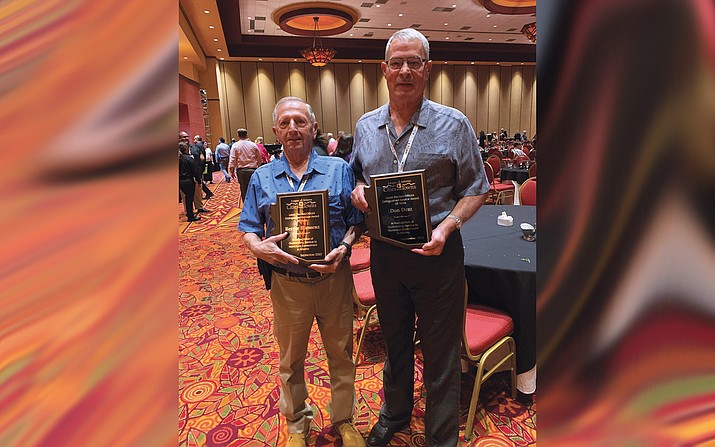 Bernie Hiemenz (left) and Don Dent were recognized for the many years of public service. (Submitted photo)

Although absent, Lee Payne was recognized for eight years of public service.

The League of Arizona Cities and Towns promotes local self-government among the 91 incorporated cities and towns in Arizona. It encourages municipal independence and provides professional assistance to the municipal governments in the state of Arizona.