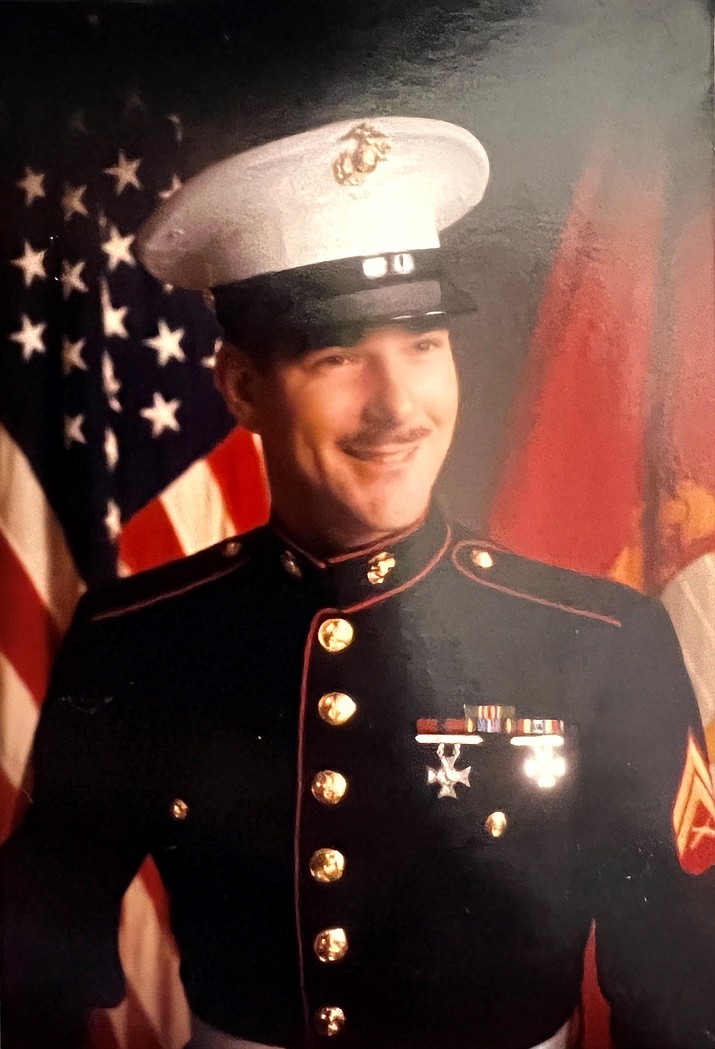 Staff Sergeant Michael B. McCarthy, 60, passed away Oct. 14, 2022. He was a resident of Ash Fork, AZ. Michael was a decorated veteran who served in the Persian Gulf war and spent 17 years in United States Marine Corp. Michael was also selected as an Embassy Security Guard and served in London, England, Grenada, and Amman, Jordan. Michael was born on July 13, 1962 in Staten Island, NY, to his parents John and Helen McCarthy. When he was just 18, Michael decided he wanted to join the USMC and was stationed at Camp Pendleton, CA for most of his military career. When he wasn’t working, Michael had a passion for hunting, trapping, fishing, and reading. You could often times find Michael relaxing, smoking his tobacco pipe and philosophizing on life. He was predeceased by his father, John A. McCarthy, his mother, Helen A. McCarthy, and eldest brother, Dennis McCarthy. He is survived by his former wife, Karyn McCarthy and three daughters, Kathryn McCarthy, Michele McCarthy and Shannon McCarthy, his sister Maureen Passarello, and brothers Brian McCarthy and John A. McCarthy, Jr. There will be a graveside service with military honors held at 3pm on Thursday, 10/20/22 at Williams Cemetery, Williams, Arizona. In lieu of flowers, please feel free to make donations to: https://www.compassion.com, https://www.stjude.org. Memories and condolences can be shared online at www.norvelowensmortuary.com