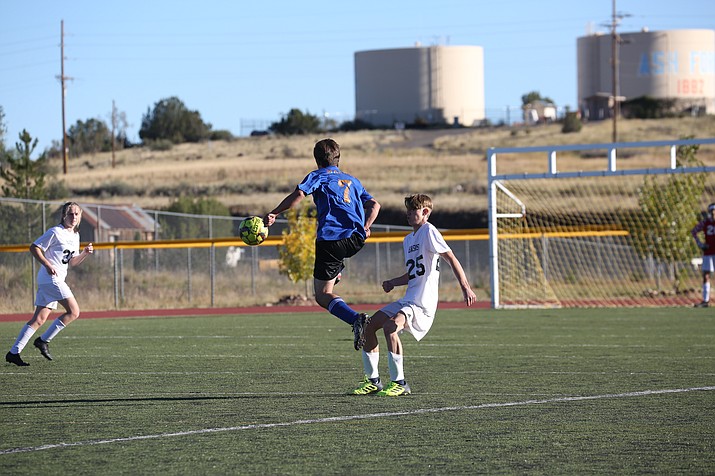 WILLIAMS, Ariz. — The Ash Fork soccer team wound up its season Oct. 21, at an away contest with St. Michels. The boys won the match, 5-2.

Coach Sonny Martin was pleased with his team. He noted that freshman Jhovanny Vazquez scored his first high school goal. Alberto Ayala scored the first goal of the match less than a minute into the first half.

“We did have a tough time on defense,” Martin said. “Once we scored that quick goal, we seemed to let up.”

I’d like to thank all the parents who allowed their kids to play, especially for picking up the kids on those nights when we’d get back really late.”