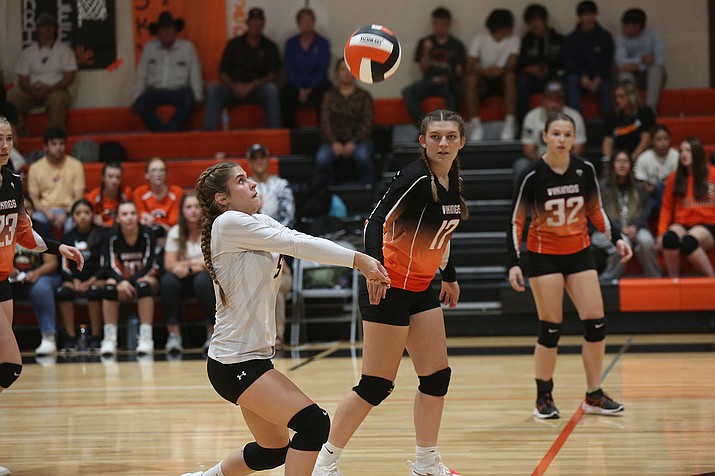 Lexi Sandoval returns a ball while Shaelee Echeverria looks on in a game with Ash Fork Sept. 29. The Vikings won 3-0. (Marilyn R. Sheldon/WGCN)

WILLIAMS, Ariz. — Williams High School Lady Vikings and Ash Fork Lady Spartans faced off last Sept. 29 in a key North Region volleyball match at Williams. When the final whistle blew, the Vikings emerged victorious, with scores of 25-10, 25-10, and 25-12. They had a great deal of respect for the visitors.

“They were scrappy,” Williams Head Coach Connie Stevens said. “This was a very good volleyball match. They played us tough, and picked up a lot of hard hits. They have a young team. Next year they’ll be very tough.”

The Vikings totaled 44 kills for the match, with nearly half posted by senior Shaelee Echeverria, who wound up with 21 for the night.

Ash Fork coach Erika Acosta was pleased with the outing from a defensive perspective.

“We’re happy with our defense,” she said. “Before regionals, we need to work on our offense.

Aura Mendez led the team with 21 digs, and had 15 serve receives

She’s our defensive specialist, and did a great job,” Acosta said. 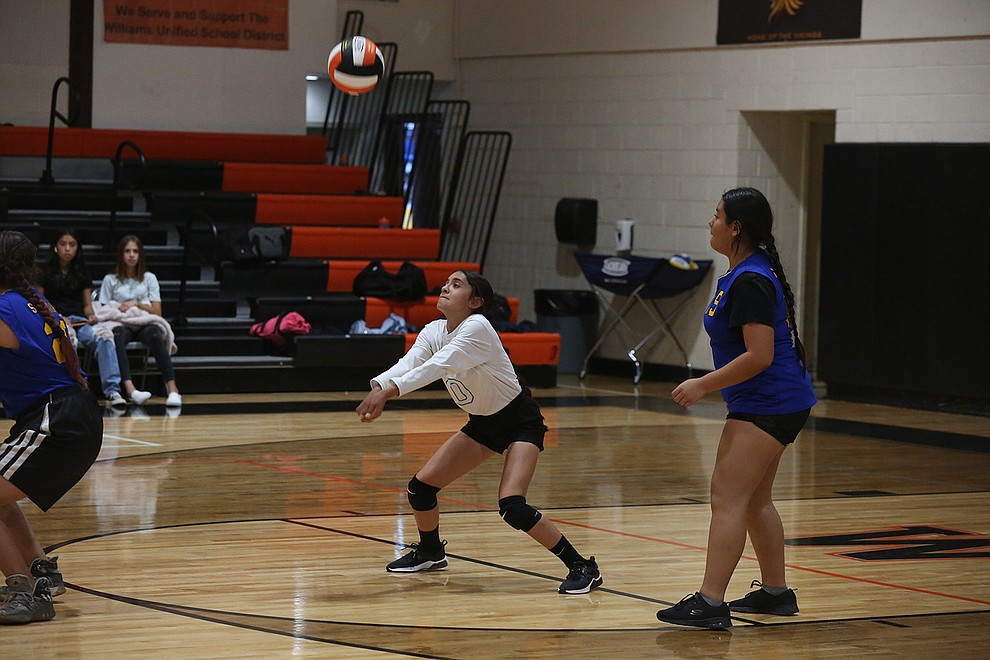 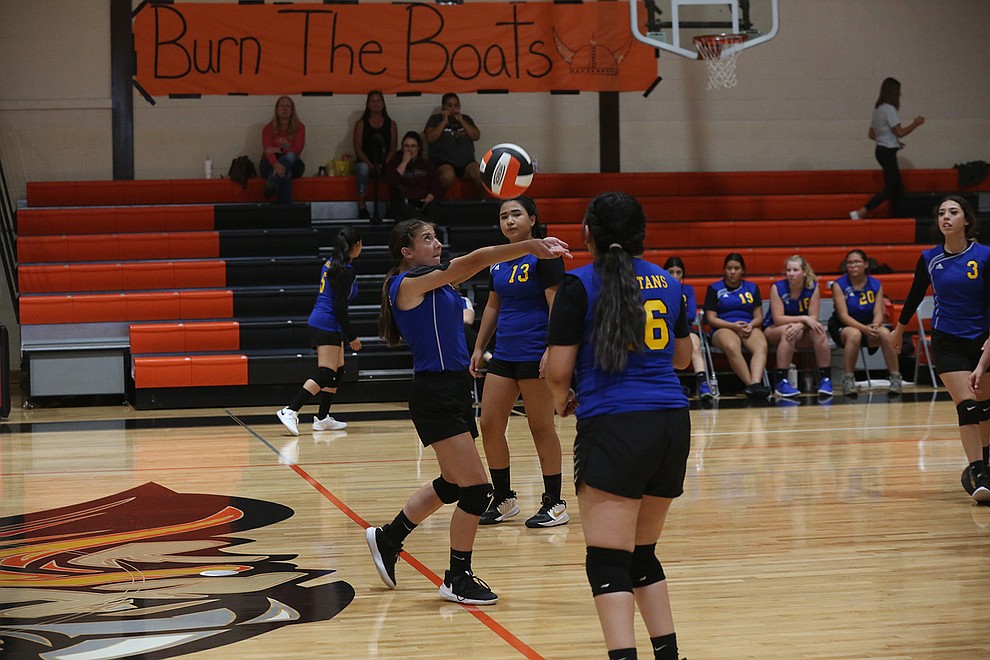 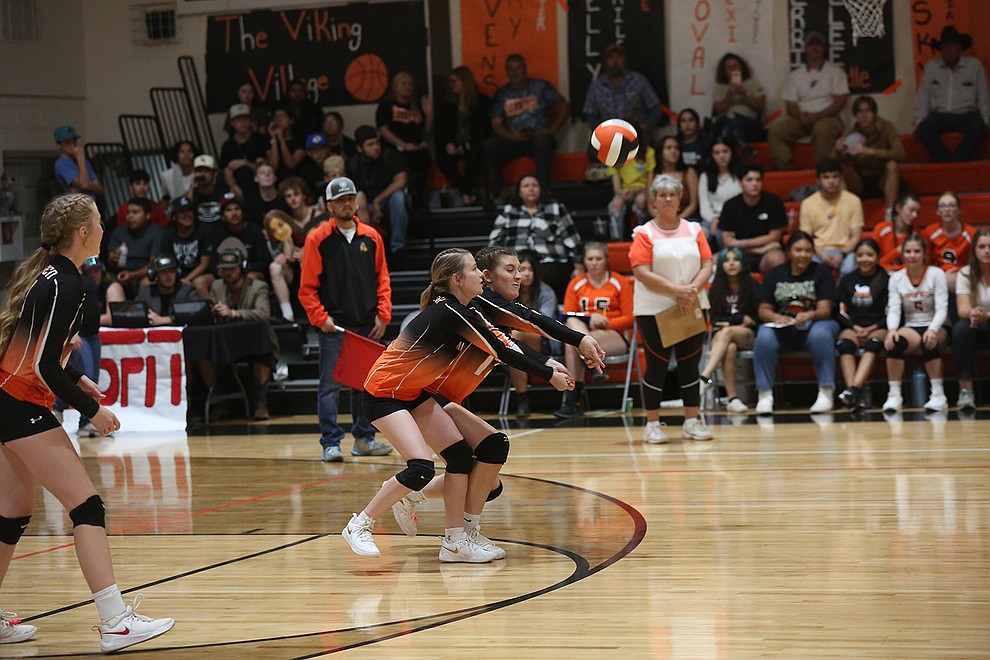 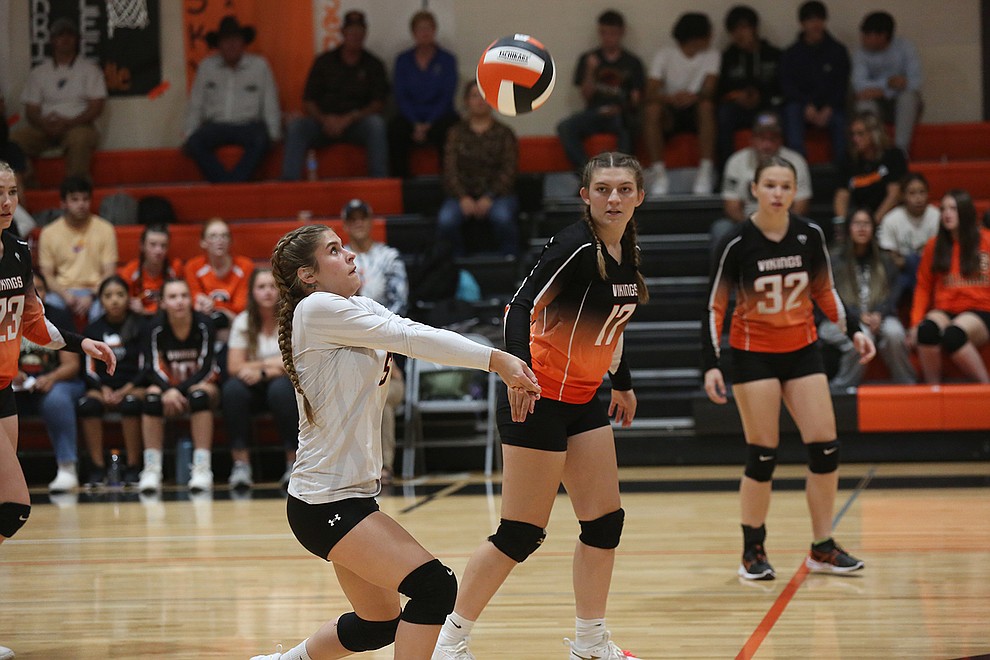 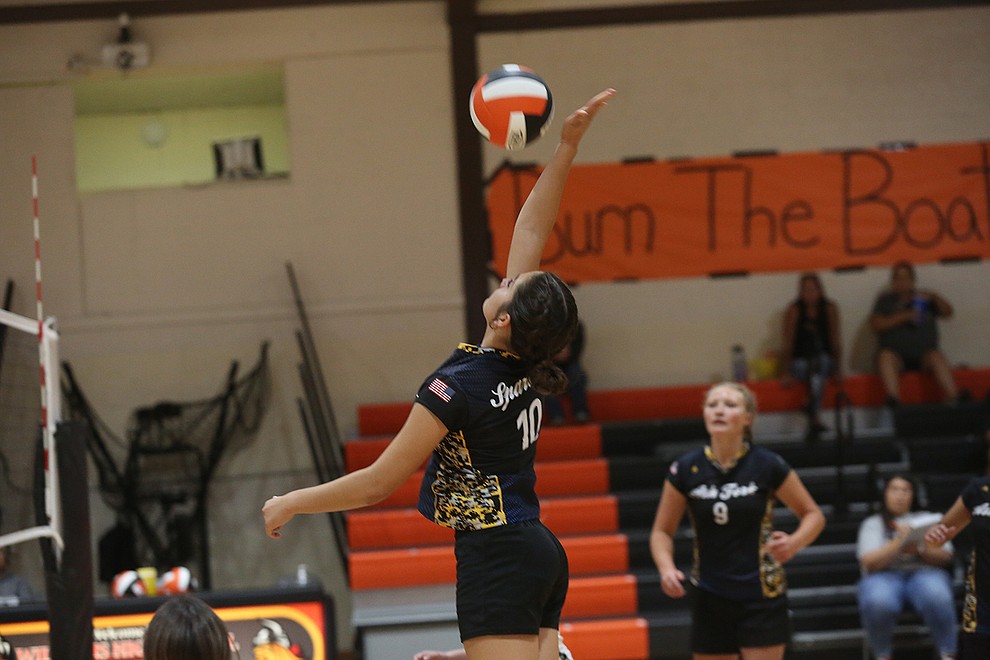 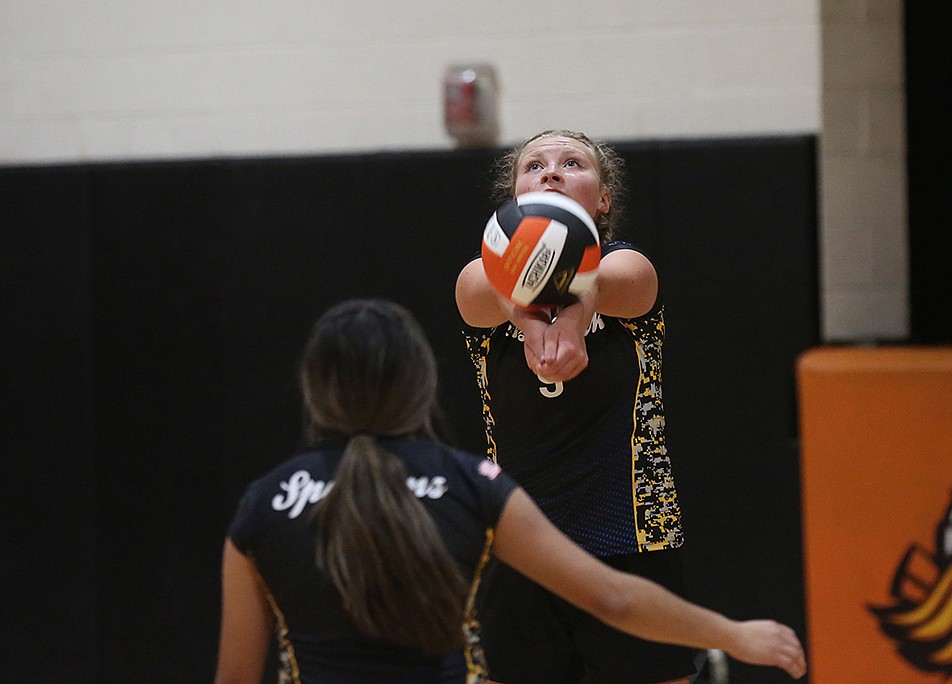 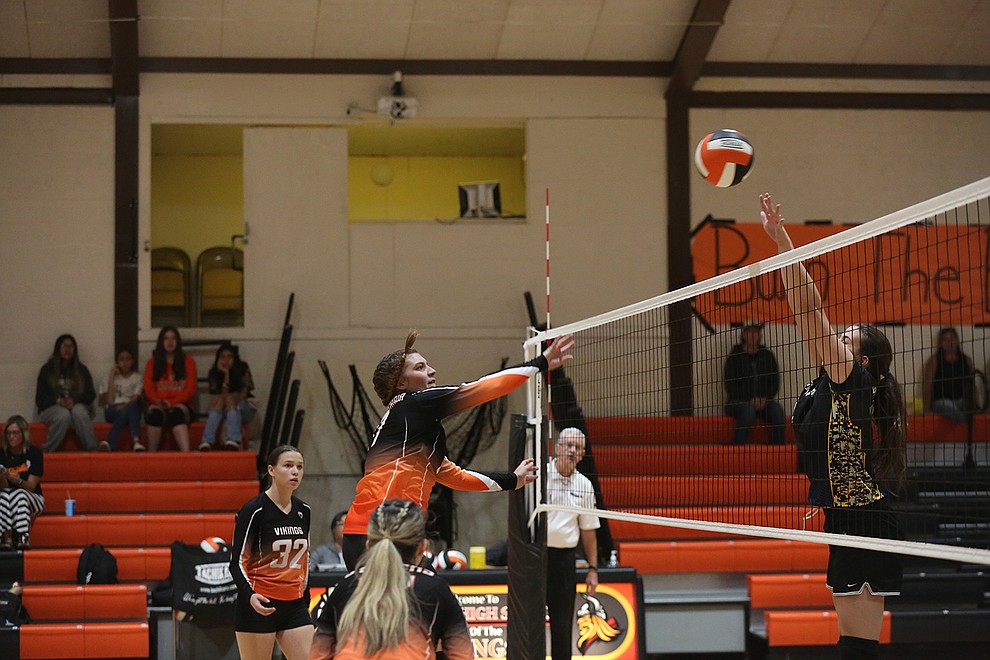 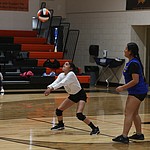 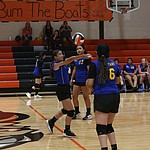 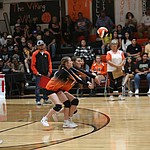 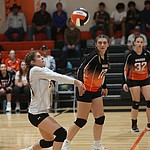 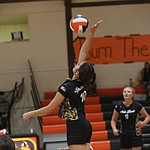 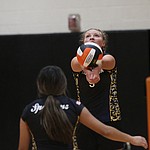 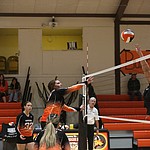 Currently, the two teams are first and second in the 1A North Region. After two more weeks of regular play, the two will play in the regionals tournament. The top four teams will advance to the state tournament, held in Phoenix.

“Brianna’s going a really good job,” Stevens said. “Offenses are trying to take Rory out of the action, and Brianna’s done a good job of stepping up.”

“We were evenly matched,” Stevens said. “They have one hitter that is a powerhouse. She’s tall, and we had a lot of trouble handling her. We were slow setting up our blocks. We needed to constantly set up on her, and we can pick up the hits from the others.”

On Sept. 23, both varsity and junior varsity teams swept visiting Fredonia in a doubleheader.

“I was pleased with the intensity we had through both matches, “ Stevens said.

Stevens led the team with 17 points, including five aces. She also had a team-high 32 assists as well as two kills and four digs. Baldosky served for nine points with two aces, three assists, and 21 digs.