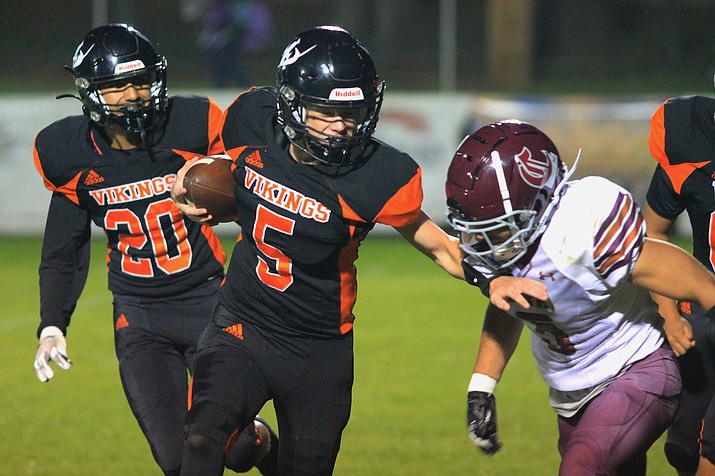 “We came in to set a tone, and that’s what we did in the first quarter,” said Williams Head Coach Jeff Brownlee.

And set the tone they did, with 34 points in the first quarter. Brownlee credited his offensive line of center Bryton Cox, left guard Jacob Elliott, and right guard Ethan Michelena, with exceptional play.

“All games are won or lost on the front line,” Brownlee said. “Those three were outstanding.”

Running backs Drew Logan, 176 yards on seven carries, and five TDs, and Raymond Gonzalez, 148 yards on 12 carries and one TD, provided offensive punch in the running game. Gonzalez also had one interception, as did Kevin Nunez. Both James Johnson and Cox recovered fumbles.

With regional championships just around the corner, Brownlee likes the team’s chances.

“We’re ready to roll,” he said. “Our defense has only allowed 56 points all season.”

Next up for the Vikings is a home game with region-leading Mogollon Oct. 7. Kickoff is at 7 p.m.