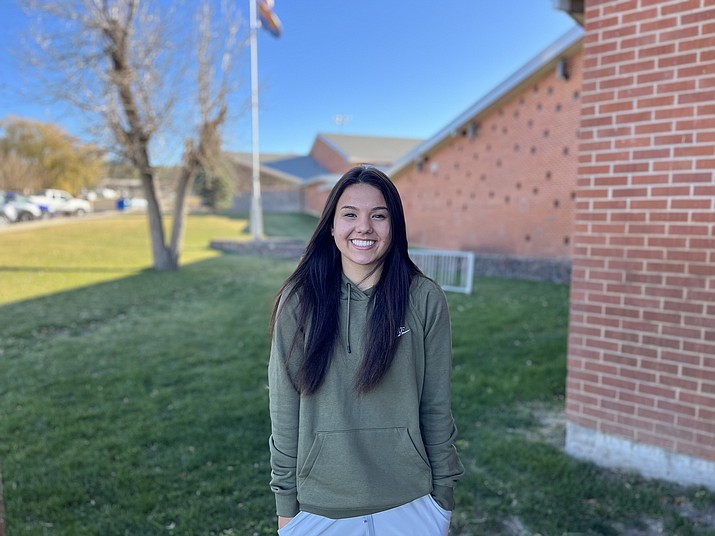 Kadance is a senior at Williams High School. (Summer Serino/WGCN)

Kadance is a senior at Williams High School. She has attended school in Williams since second grade and has lived in Williams her entire life.

In high school, Kadance participated in volleyball, basketball and softball. She is also involved in the Student Leader Advisory Committee (SLAC).

“I’ve always been into law enforcement, so I want to learn more about it. Same with history, I’ve always liked it my whole life,” she said.

Kadance’s favorite teachers have been Mr. Brownlee and Mr. Echeverria.

“I’ve grown up with them my whole life. They’ve seen me since I was a baby. We’re old family friends,” said Kadance.

In her down time, Kadance likes hunting, fishing and hanging out with family.

Outside of school, Kadance works at the Dairy Queen in Williams that her family owns.

After graduation, Kadance wants to go to cosmetology school in Flagstaff or Prescott.