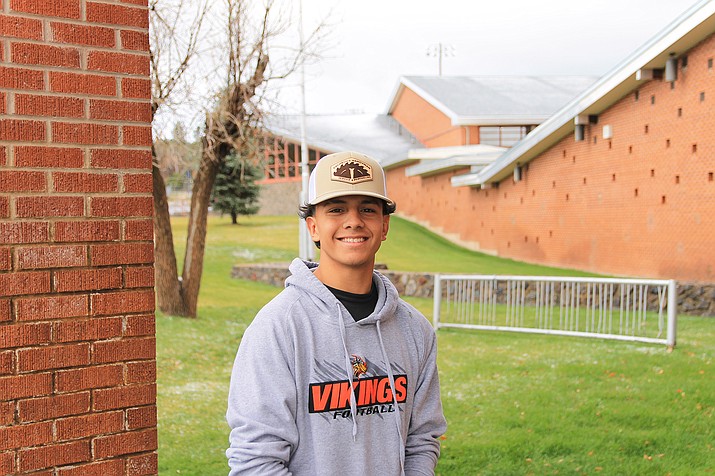 Kevin is a senior at Williams High School. He has attended school in Williams since preschool.

In high school, Kevin participated in basketball, baseball and football. He’s also a part of the National Honor Society.

Kevin’s favorite class in high school was Government and Economics.

“I’ve always like finance. I kind of just got into it this year, I was like ‘you know what? I kind of want to learn more about it.’ And then I took that class and thought, ‘this is sweet!’” he said.

Kevin said his favorite memory was in his freshmen year when another student put on a concert for all the students after homecoming.

“Everyone got hyped about it. It was awesome,” he said.

In his down time, Kevin likes learning about stock options. He also likes fishing and playing video games.

Outside of school, Kevin works as a cook at Raptor Ranch.

After high school, Kevin plans to take a gap year. Later, he plans to go to community college and then transfer to Arizona State University where he’ll earn his degree in engineering. He hopes to be an aerospace engineer and work with SpaceX and NASA.